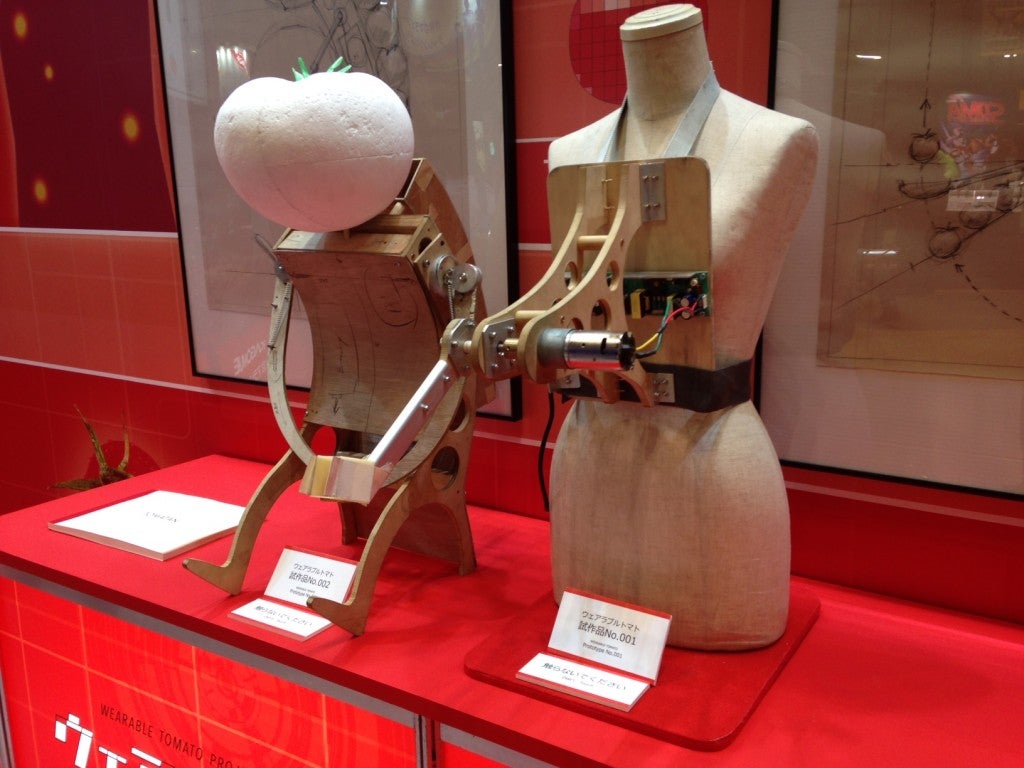 Mention “wearable technology” and watches or heart-rate monitors are usually the first things that come to mind. The Kagome tomato company in Japan took the concept to a new level with their tongue-in-cheek tomato dispensing wearable tech and the accompanying development video:

RELATED: 10 Healthy Foods You Can Eat On The Cheap

Wearable Tomato may be big and bulky, but it delivers sweet, juicy, lycopene-filled tomatoes to athletes on the go. Created with an art design group as a promotion for the 2015 Tokyo Marathon held in February, the Wearable Tomato’s grand reveal also alerted runners to the many beneficial attributes of the sweet and savory fruit (botanically speaking, tomatoes qualify as a fruit, but according the U.S. Supreme Court, they are classified as a vegetable). And—they have a point. It’s fairly common knowledge that eating cooked tomatoes can help prevent heart disease and even protect against some types of cancer. But those same anti-inflammatory and anti-oxidant properties also help runners. Rich in beta-carotene, vitamin C, vitamin E, potassium and lycopene, tomatoes are a tasty superfood. And thousands of tomatoes were served at aid stations during the Tokyo Marathon. (Editor’s note—I did not try one while racing.)

On a pizza, in salsa, with pasta, in salads, in juice form (one cup of tomato juice has 556 milligrams of potassium!), it’s easy to find ways to eat tomatoes, but none are exceptionally portable. Truth be told, neither is the Wearable Tomato, but the small plastic containers shown at the end of the video are. No, they aren’t available in U.S. markets, but, if you want to eat tomatoes on the go, pop a few mini ones in a water bottle for safe transport. Or, simply enjoy a Bloody Mary when you get home!

Become a Six-Star Marathoner While Traveling the World

4 Easy Egg Recipes Everyone in Your Family Will Love