*All data points below reflect food logged in MyFitnessPal by USA users only.

Half a million people in the U.S. logged what they ate over the holiday weekend. Let’s take a look to see what people were eating with their friends & family this year:

More people logged food on Christmas Eve, but on Christmas Day, we saw a spike (a HUGE spike) in traditional holiday foods, like ham (173.8 percent up) and mashed potatoes (196.2 percent up)! The top five traditional holiday foods logged on Christmas day were turkey, cake, cookies, mashed potatoes and pie! Fun fact: While chocolate chip cookies was one of the most logged, the cookie that had the highest increase from last year? Gingersnaps!

The holidays are also a time where we find ourselves eating foods that we typically don’t eat the rest of the year. We looked at what those foods were this year, and eggnog topped the list at 1,836 percent increase on Christmas Day!

What were the trendy foods this year, compared to 2015? Rum came out on top, with 22 percent more users logging the beverage. At the same time, white and red wine saw a dip over 2015.

Overall, 2016 was a great year for running too! MyFitnessPal users tracked nearly 800 million workouts and took more than 1.5 trillion steps! According to Under Armour data scientists, it takes an average of 2K steps to walk one mile. That means, collectively, our users walked 750 million miles, or over 30,000 trips around the world. 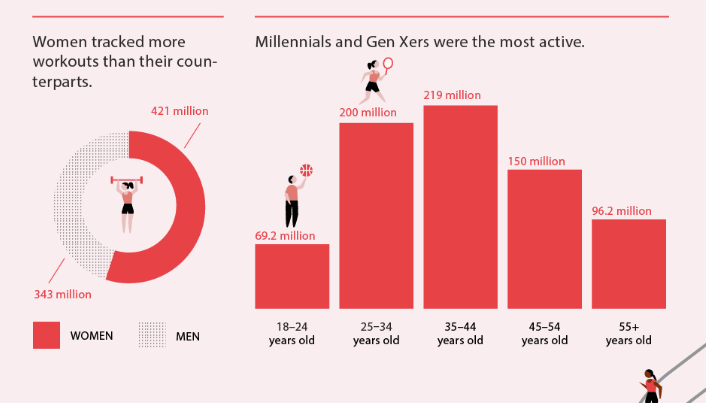 Millennials and Gen Xers were the most active age group in 2016. Those aged 25-44 logged 57 percent of the total workouts logged from all users. Most popular workout? Running, duh! Although hiking has the largest jump as a growing-in-popularity outdoor activity. People averaged around a 5K per day in 2016. 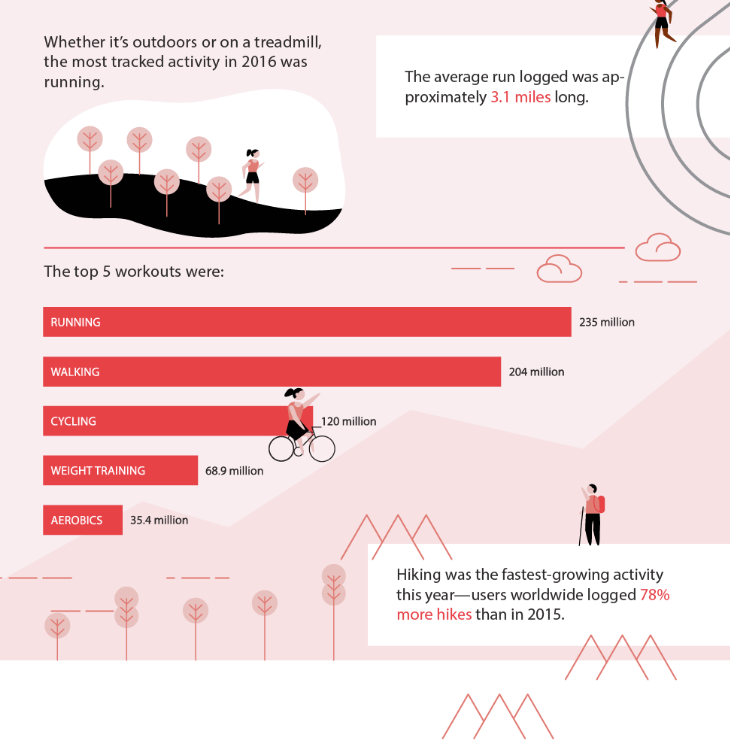 And of course the top three foods logged among users were eggs, coffee and bananas! 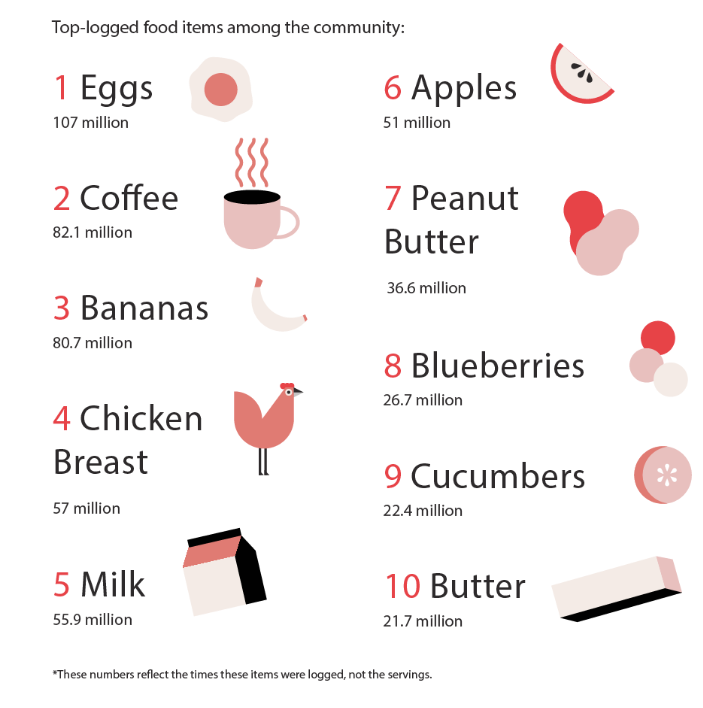 In Search of Work-Food Balance

15 Recipes for Spring that Capture the Season