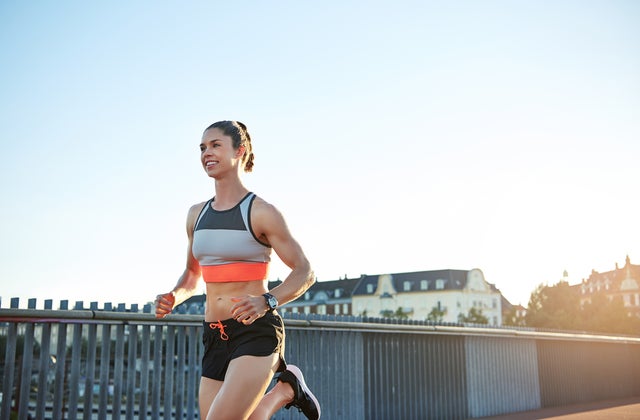 The year was 2004. I was 22 years old and had been a marathoner for a year. I was a relative newbie to the sport of running but that didn’t stop me from feeling that with each mile I ran, running was becoming a huge part of who I was. Runners were some of the most welcoming people I had met in life and I felt grateful to be a part of the community.

That welcoming feeling is why when a woman ran past me during a race wearing a “Run Against Bush” shirt, I felt icky. It wasn’t because I was judging her political choice, it was because the shirt felt very unwelcoming to anyone who had an opposing view. Instead of feeling a kinship with the woman passing me, she felt like someone defensive; someone who quite literally was running against someone. As the miles wore on I thought about politics, running and the community that felt like home to me. A shirt that said “Running For Gore” or “Running For Change” would have been more powerful of a statement, I thought. A statement that was positive rather than negative. A statement that would have still been welcoming while also expressing her views. Think about it for a moment: What T-shirt do you think makes a more powerful, positive statement? I’m With Her or Dump Trump? Make America Great Again or Crooked Hilary?

I believe in the power of the mind. I believe that the way we think and speak to ourselves and others matters. In a world where we quite literally wear our feelings on our sleeves, I believe those words matter. Framing how we speak in a positive way creates room for opposing views and thoughts while also allowing us all to remain friends with in the running community. Training your brain to speak positive statements both inward and outward can be a powerful change.

Taking a negative statement and making it positive sometimes takes work. For me, it’s often easier to see the downside than the upside. It takes practice to re-frame your thoughts, words and actions.

Here are some examples below to get you started!

What words or thoughts in your life as they relate to running could you re-frame today to give you a positive outlook?