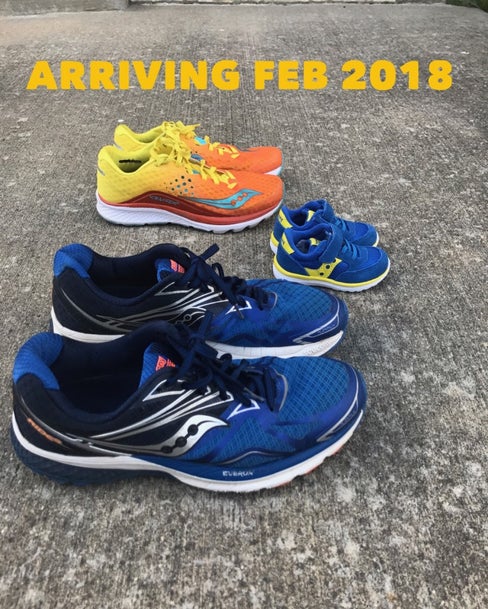 Remember Tina Muir? She is the elite runner who publicly shared her struggle with amenorrhea, or the loss of her period, an ongoing issue among many competitive runners and active women in general. On her blog, she talked openly about how she hadn’t had a full cycle in nine years, and doctors and other experts told her it was due to her running regimen. So she quit running in order to try for a family and get her body to a healthier state again.

Related: Why Tina Muir’s Heartbreaking Blog Is Every Runner’s Story

Her vulnerability and willingness to share her story sparked a larger conversation among runners, challenging a common thought that missing a period just means you’re working hard, or missing periods is a “fine” thing to happen. Runners reached out to Muir via social media and across media outlets that covered her story to share that they too had experienced amenorrhea to some degree.

Muir’s last day of running was on March 22—and on May 28, barely two months later, she found out she was pregnant. She shared the wonderful news and her thoughts on how quickly it happened on her blog.

“It is absolutely shocking when I look at the timeline and think that, had I chosen the other path of continuing to do one more race—Gold Coast Marathon—I would have been racing [in June], but in just a few months I have gone from stopping running to becoming pregnant,” explains Muir. “As for the shock of finding out the news, it was strange; even three or four days after I must have conceived, I just knew I was pregnant. I am a very intuitive person, and somehow, I just felt like I knew it. So in that sense, I have ‘known’ for well over a month now.”

Since March 22, Muir has run casually—her first run ‘back’ was actually on the day she felt she knew she was pregnant. She says had she not had that feeling, she probably would have held off longer with running as to not “scare my period away again by running, especially as a competitive person.” For her, it would have been easy to get sucked back into competitive running quickly. Muir says now that she is officially pregnant, it’s showing her and reminding her of what’s most important during this time—and takes the pressure off a bit when it comes to running.

“Being pregnant has meant that I am happy to settle with whatever it ends up being. If I am too sick to run that day, oh well, I am doing something more important. If I run slower another day, well, I am keeping my heart rate low, so it is good for the baby,” she explains. “It just makes you think a little more about what really matters and gives you that extra layer of being true to yourself. You know you can’t just be selfish anymore, you have to think about the consequences as this little being you are growing is far more important than running.”

Muir shares that she worked closely with her OBGYN to make sure she went about this process in the right way. She expected to be told to wait a few cycles after her period returned to “start trying”; however, she was given the green light to start right away after that first cycle. “Because my body would have been in such a barren state for so long, once they came back, my body was confident that everything was functioning again. She gave us the green light to start trying as soon as they were back.”

Her OBGYN also eased some nerves about a potential higher risk of miscarriage when Muir was able to conceive so early one after getting her period back. “She reminded me that, although the general miscarriage rate for everyone is around 25 percent, making every woman high risk in the first trimester, I was at no higher risk than anyone else.”

We are thrilled for Muir and her future family of three, coming Feb. 2018!

Key Nutrients For Pregnant And Active Moms To Consume

20 Thoughts All Pregnant Runners Will Understand

11 Reasons Your Heart Rate is High on Easy Runs