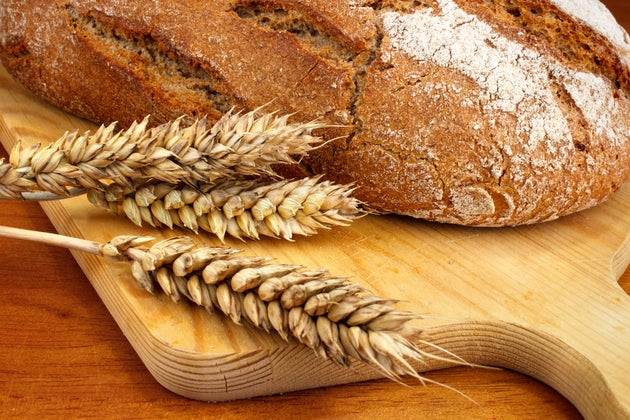 I follow a relatively gluten-free diet. Key word: relatively. Eliminating gluten on a regular basis helps keep at bay my inflammatory-bowel-disease symptoms, mainly the bloating, nausea and constipation that come from noshing on a pile of pasta lacking that “GF” label on the box. Over the last five years, I’ve tested the waters and learned that I can cheat here and there without major consequence, but I have some friends who will pay an uncomfortable price if they so much as nibble on a breadstick. With multiple versions of restricted diets trending on social media and tons of “-free” labels being advertised on food products, how can you discern what is the best choice for you? After speaking to experts who know a thing or two about gluten, this is the meat of what I’ve digested.

TRUTH: Gluten intolerance is a real thing.
It’s not just a fad diet. People who suffer from GI distress, namely those with celiac disease, can have difficulty digesting the “glue” in wheat, barley, rye and triticale products.
“Celiac disease is a genetically based autoimmune disease. When someone has celiac disease, their body perceives gluten as harmful,” explains Tricia Thompson, who calls herself the “Gluten-Free Nutritionist.” She adds, “The immune system responds to this perceived harm by causing inflammation and damaging the small intestine. When the intestine is damaged, it cannot properly absorb nutrients.”
According to the Celiac Disease Foundation, one in 100 Americans suffers from the condition, while as many as six in 100 Americans suffer from a “non-celiac gluten sensitivity” (NCGS), meaning they exhibit symptoms but do not experience the physical small-intestine damage. Elite runner and WR blogger Stephanie Bruce was diagnosed with celiac five years ago. She says deleting gluten has resulted in “no more bloating, headaches, feeling like I’m in a fog, stomach pain and digestive problems.”
Try this: If you’re a hamburger lover who needs to hold the gluten, opt for a lettuce wrap to hold your patty. Most restaurants offer this easy alternative.

TRUTH: “Gluten-free” does not necessarily mean “better for you.”
With more and more Americans avoiding gluten-full foods—according to a survey by research company NPD Group, nearly 30 percent of the adult population is interested in the diet—brands are coming out with GF versions of popular products. Unfortunately, many foods make up for the absence of gluten with not-so-great-for-you ingredients like vegetable oil, sugar and processed corn, oats and soy.
Thompson says it’s important to check the packaging first: “When choosing gluten-free packaged foods, such as breads, pastas, breakfast cereals, etc., select products that are made with gluten-free whole grains, such as amaranth, teff, quinoa, buckwheat, sorghum and millet.”
Bruce recommends reaching for naturally gluten-free foods first, like unprocessed meats, fruits and potatoes. Then she says, “fulfill your ‘wants’ of pancake, dessert, bread substitutes for gluten-free. Just try to look for products with minimal ingredients and limit how much of them you eat.”
Try this: Gluten is like the elastic that keeps bread from crumbling once you take a bite. If you’re looking for GF options, skip the bakery section and head toward the freezers. Frozen loaves maintain their shape and freshness longer when you’re deleting gluten from the ingredients.

TRUTH: A gluten-free diet may benefit people without celiac.
Bruce says others can underestimate the severity of celiac disease, assuming that it’s a choice, not a necessity. “You don’t often hear people telling someone who is diabetic, ‘Oh, you can have a little sugar, it won’t hurt you,’” she says.
What makes this tricky is that for some gluten-free eaters it is a matter of preference. Many people who don’t test positive for celiac on a blood test can still benefit from the diet, such as those with NCGS.
“NCGS is not a disease and does not have an autoimmune component. When they eat gluten, they may feel some of the symptoms those with celiac feel,” explains clinical nutritionist Lauren Antonucci. “There is no ‘test’ for it and no definitive diagnosis.”
Antonucci stresses that going GF to treat other ailments, such as migraines, IBS or psoriasis, is highly individualized when it comes to triggers. A six-to-eight week trial period for eliminating gluten is a good test to see if that option works.
Try this: If you’re a pizza lover and just need to ditch the crust, many places now have a prepackaged GF option—I made the swap about a year ago and feel much less bloated and nauseated after making that simple switch.

Read More:
The Pros And Cons Of A Gluten-Free Diet
The ‘Big 5’ Challenging Situations For Gluten-Free Runners

Eggs: Healthy or Not?

This Baked Ziti Recipe Will Help You Recharge Like a Champ