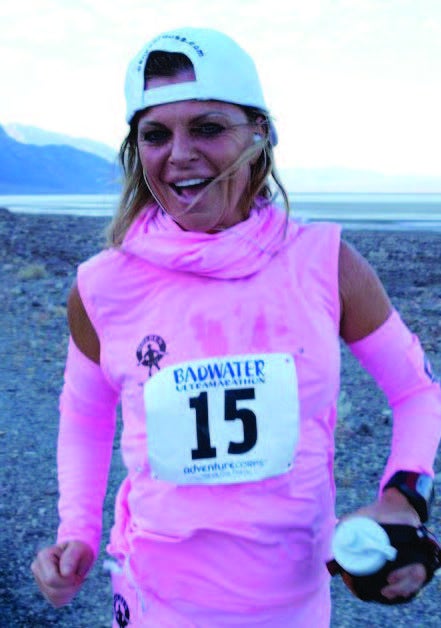 A reformed sun-loving runner now makes gear to ward off the rays.

Ultrarunner, mom, entrepreneur, model and actress Shannon Farar-Griefer is a lifelong California girl. She spent her youth worshipping the sun while slathered in baby oil. Sunscreen wasn’t something she considered using until she started putting it on her kids. She’s been lucky though and hasn’t had skin cancer, but she has had more than a dozen biopsies. And that’s what inspired her to start Moeben, a line of UV-protective clothing for runners. The line is named after her two sons, Ben and Moe.

“I’m a runner, that’s not going to change—it’s my life. But I can protect my skin,” says the 53-year-old Los Angeles resident. “I don’t think sunscreen is enough, you need to cover up as much as possible.”

All items from Moeben have built-in sun protection to help runners stay safe while running when it’s bright. She also takes pride in the fact that all items are made in the U.S.A and tested by ultramarathoners. Farar-Griefer has completed in many prestigious ultras herself, such as Badwater and Western States.

She says she often accessorizes with a hat, sun sleeves, tall socks and even a scarf. “As a runner, taking care of your skin is an important aspect of keeping your body healthy.”