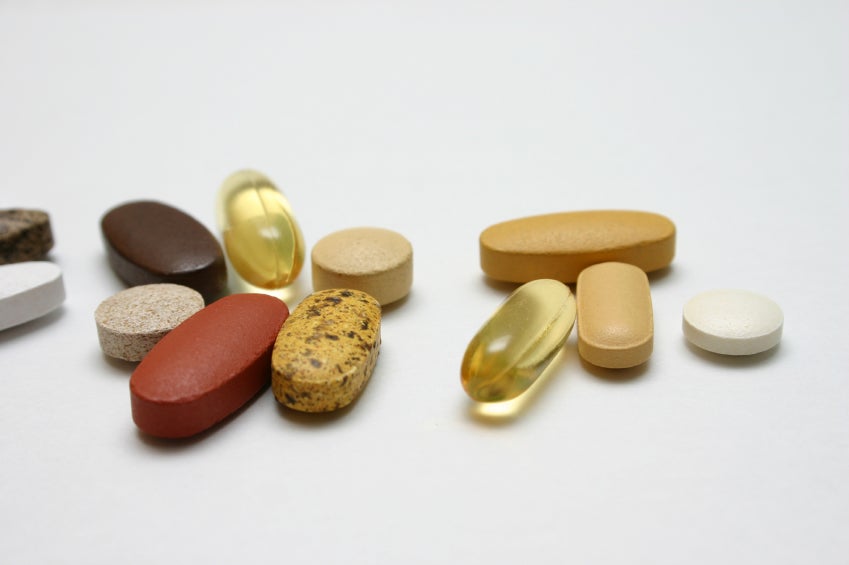 Republished with permission of Competitor.com

Creatine may be beneficial to distance runners too, however, for two reasons. First, runners need to do some strength and power training as well, so why not take advantage of a nutritional tool that increases the benefits gained from it? Also, creatine supplementation is proven to boost performance in interval workouts, which are another small but important part of a distance runner’s training.

Some runners fear that creatine supplementation will cause them to gain substantial muscle weight, but this won’t happen if you’re running a lot, due to a phenomenon known as the interference effect.

Omega-3 essential fat deficiency is one of the most common nutrient deficiencies. Only a handful of foods—some types of fish, flaxseeds, walnuts—contain omega-3’s in significant amounts. Consequently, even many healthy eaters don’t get enough of them. Adequate omega-3 intake is needed for healthy cell walls, nervous system function, immune function, and more.

If you regularly eat the few foods that contain large amounts of omega-3’s, you don’t need to take a fish oil supplement. Otherwise, you should. In any case, it can do no harm. Another option, if you’re vegan, is flaxseed oil, but fish oil is considered the best source of omega-3’s because it contains two specific fats—EPA and DHA—that flaxseed oil lacks.

The recommended daily iron intake is 10 grams per day for men and 15 grams for pre-menopausal women. Due to iron losses during menstruation, women need more iron than men, but because they eat fewer calories, women generally take in less iron than men, often failing to meet their needs. Since iron is essential to the formation of red blood cells, iron deficiency often results in anemia, characterized by persistent fatigue.

There is evidence that anemia is more common among endurance athletes, and especially runners, than among the general population, possibly due to iron losses incurred through sweating and other exercise-related mechanisms. In most cases, iron deficiency is easily avoided through adequate intake of iron-rich foods including tuna, chicken and beef. However, in some cases iron supplementation is deemed medically necessary. Iron is one supplement that should only be taken under a doctor’s supervision, because high iron levels in the body are toxic. Have your iron levels checked annually and take iron pills if your doctor says they’re needed.

Multivitamin/multimineral supplements are typically recommended as “insurance” against dietary gaps in the provision of essential nutrients. This is a legitimate use, but bear in mind that if your diet is as healthy as it should be, you don’t need a multi, and taking one could increase your risk of “megadosing”, or getting too much of one or more vitamins or minerals. To prevent the negative consequences of megadosing, avoid taking multivitamins that contain more than 200 percent of the RDA for any single nutrient

Look for enzymes in the formulation. Certain enzymes help your body absorb vitamins and minerals. Finally, take your chosen vitamin and mineral supplement with a meal. This, too, will aid absorption.

Related: Everything Runners Should Know About Vitamin C

Powdered greens represent a convenient way to add some extra vegetable nutrition to your diet. They are not substitutes for whole vegetables, but they contain most of what certain vegetables such as spinach and chard offer because they are simply processed versions of those vegetables. Add powdered greens to smoothies, soups, or other foods you’re eating already for an added nutritional kick.

Vitamin D deficiency has become alarmingly widespread in recent years and is associated with consequences ranging from increased risk for some cancers to reduced athletic performance.

The main source of vitamin D is exposure to sunlight. One of the reasons vitamin D deficiency has become more widespread lately is that people aren’t spending as much time outdoors as they used to, and when they are outdoors, they’re often wearing sunscreens that block vitamin D synthesis. Many experts now recommend that people get 15 to 20 minutes of direct skin exposure to sunlight a few times a week to prevent vitamin D deficiency.

It’s a good idea to get your vitamin D levels checked by a physician periodically. If they are low, you may need to take a vitamin D supplement (D3 is the preferred form), at least during the winter.

Whey protein is a calorically efficient, versatile source of high-quality protein, protein fractions, and amino acids. Nobody needs it, but a lot of runners choose to incorporate it into their diet to meet their protein needs. Like powdered greens, whey protein can be added to foods you’re eating already, such as smoothies and oatmeal, to provide a targeted nutritional boost. The best time to use it is immediately after a run, when your body needs protein for muscle recovery.

How to Eat and Drink Away Sore Muscles

The Reality of Eating for Immunity