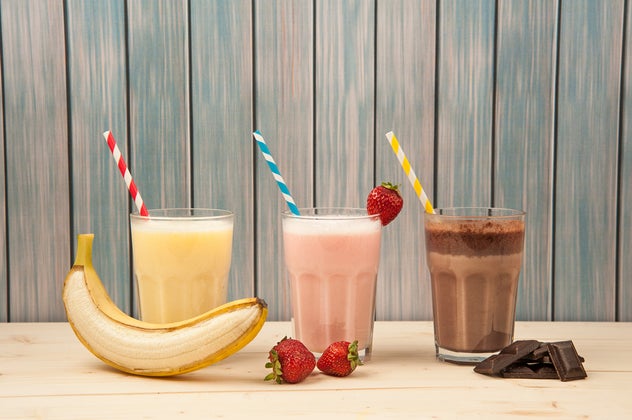 Regardless of whose milkshake is better than whose, when it comes to satisfying your sweet tooth, what you think you are consuming plays a big part.

A study conducted by Yale University served up the same 380-calorie shake to two groups: One was told they were drinking a 140-calorie “sensible” shake, and the other thought they were sipping a 620-calorie “indulgent” dessert. The first group saw a fairly flat ghrelin response (a hormone that increases appetite), while the latter experienced a steep decline.

So should you tell yourself that kale smoothie is actually an ice cream soda? Maybe not—but keep in mind, when you’re trying to eat healthy, expectations matter.