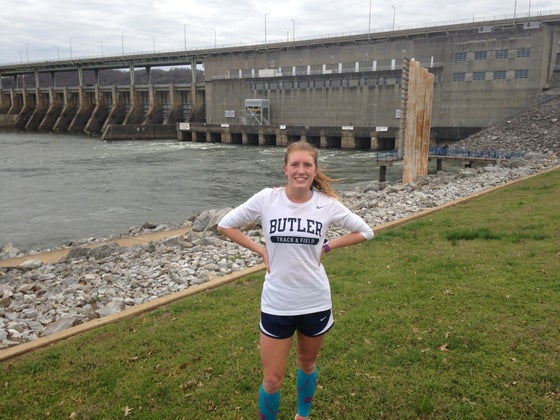 I don’t know if I’ve ever been scared to tell my story, but I’ve certainly been ashamed. I mean, how do you work something like that into conversation? “Gee that’s cool! And did I tell you about my six-year-long battle with anorexia?” Amidst the running vernacular of mileage and records, talking about an eating disorder seems slightly out of place.

And yet, it’s not. Runners are highly susceptible to eating disorders. The sad truth is you probably know many who battled or are battling an eating disorder, whether you are aware of it or not. While my passion for running began when I was young, it was deeply tainted by anorexia. I thought that obsessively running would help me achieve perfection and hide my brokenness. Instead, it ravaged my body and stunted my career.

After extensive and ongoing treatment for my eating disorder in 2014, I got the green light to begin running again. Feeling naked without my Garmin, I ventured to a trail for a 3-mile run that kicked my butt. But I was thrilled that my legs were strong enough to carry me (and that I had a butt again)! Slowly, I worked my way back, relearning how to run.

In the back of my mind were the words of the physician who’d looked at me grimly and said: “I don’t know if you’ll ever be in a place where you can competitively run again.” Despite his opinion, I began my first season as a healthy athlete. I quickly realized that running was going to help me build upon the foundation I had established in my recovery.

Picture this: I’m seven months removed from a partial hospitalization program where food was measured out in baggies, standing in line to order dinner. I’m with my team, so going off by myself to eat isn’t an option. Neither is spending half an hour trying to decide what’s “safe.” So, I look to the girls next to me. They say they’re getting sandwiches.

They ask, “What about you?” “Yeah, those looks good,” I squeak out nervously, pointing to the menu. “I think I’ll get that one, on the left.” And so, I do. Because that’s what a healthy runner does. She finds food that looks good and enjoys it in the company of friends. This seems simple, but at first I felt like a phony. I was an actor playing the part of a healthy runner. But meet by meet, meal by meal, I stepped into that role. It began to feel normal again.

My return to competition also stretched my boundaries when it came to resting—the bane of my recovery. Oh how it terrified me. My mind went haywire when my body wasn’t in constant motion. But I finally learned that a race will not go as well if your muscles are exhausted. 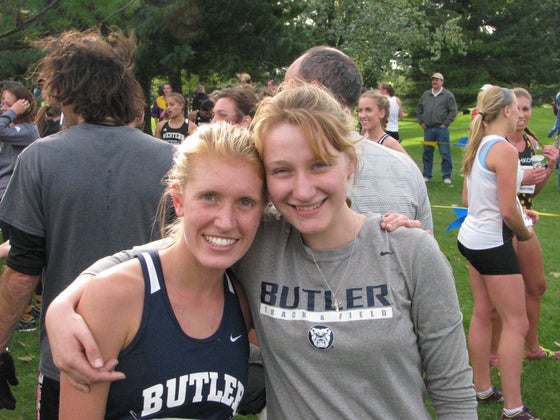 I began to break my long held rules. I noticed my teammates relaxing after practice, and I thought, “Maybe that’s okay. Maybe my no-resting rule is stupid.” I noticed that other runners were comfortable sitting, napping and listening to their bodies’ needs. So I decided maybe I could be comfortable with those things as well. The more I tuned into my body and let it rest, the better I felt—mentally and physically. I started to understand that you can’t conjure up worthiness with the scorching of calories. So I began to let myself live. I began to feel normal again.

Years ago, I couldn’t imagine going on a run with a clear mind and a healthy body. For a while, I didn’t remember what that felt like. I was scared that I would forever lose the pure, weightless joy of running. But in an act of massive irony, the passion I so distorted came to my aid on the rebound. Cross country became a catalyst for my recovery.

So much of that is due to the incredible team I have and the supportive environment it has fostered. I’m unmistakably sure that those teammates and these past two years of competing with them have brought me much further in my recovery journey than I would be otherwise. And I’ve never been more grateful.

For NEDA Week, a Reminder from Mary Cain: “Be Patient and Kind to Yourself”