Since May is Mental Health Awareness Month, I have put together a three-part blog series that will feature stories from a few amazing women in my support network. All of these women have used the power of running to cope with mental illness.

I have struggled with mental illness to varying degrees for as long as I can remember. The feelings that haunted me in middle school and high school—the ones that I could not name and was deeply afraid of—were most certainly anxiety and depression. Today, I have a greater understanding of my mental illness and the way that it manifests.

Most days, I wake up with a heaviness in my chest (anxiety) and a mild sense of dread that something bad will happen. Despite reassurances from people that I love and signs that things are going well, I have the aching feeling that, in an instant, everyone might turn against me. Some days, these feelings are intensified. It can be difficult to convince myself to even get out of bed. On days like those, if I do make it out of bed, I do my best to avoid other people. If I must engage in conversation, I’m sure to put on a good face so that no one can tell.

For this reason, you might never know I struggle with anxiety and depression just by looking at me. Thanks to running, I found a healthy coping mechanism for my mental illness and began to speak about it. Little did I know, there were other men and women in my circle with similar experiences from whom I could gain strength. Through running, counseling and, at times, medication, I’m in a much better place than I could have ever imagined during my darkest point.

If you connect with my story or any of those that I share over the next few weeks, I recommend you visit the Know The Warning Signs section of NAMI’s website for additional resources. And then head out for a run. You’ll be better for it. 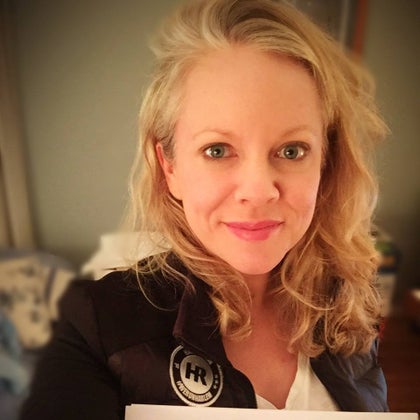 Meet Elizabeth Perkins, a runner who has finished four half marathons and four races from 4 miles to 15K.

I started running on my own in college to lose weight and manage stress. Unfortunately, it quickly became a mask for some deeper mental health issues. Over the years, I became increasingly dependent upon a daily run to boost my mood. Eventually, I reached a breaking point that forced me to seek professional help and rethink my relationship with running. I came back to the sport in 2015 by joining Harlem Run. My sole purpose was to become part of my community and meet like-minded people, because I felt disconnected. I promised myself that I would not set any aesthetic or weight loss goals. For me, those are not healthy. 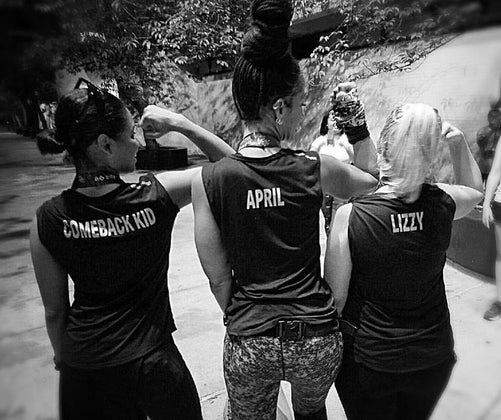 Running has made me a better person, because it has brought me into other people’s lives, let me get to know what they care about and helped me to learn from them. It has also broadened my world in such a positive way. To be honest, running has changed so much of my life that it is difficult to explain or even quantify. It has given me a community I never had before. 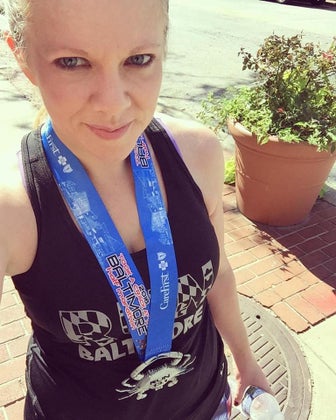 Reflecting on my experiences, I do worry about people using running to mask problems; in many cases running alone cannot solve mental illness. While running has played a huge part in improving my life, medication and therapy are the things that saved it. If my story can help someone else feel connected or understood or inspired, that will make me immensely happy.

The Benefits of Daily Movement