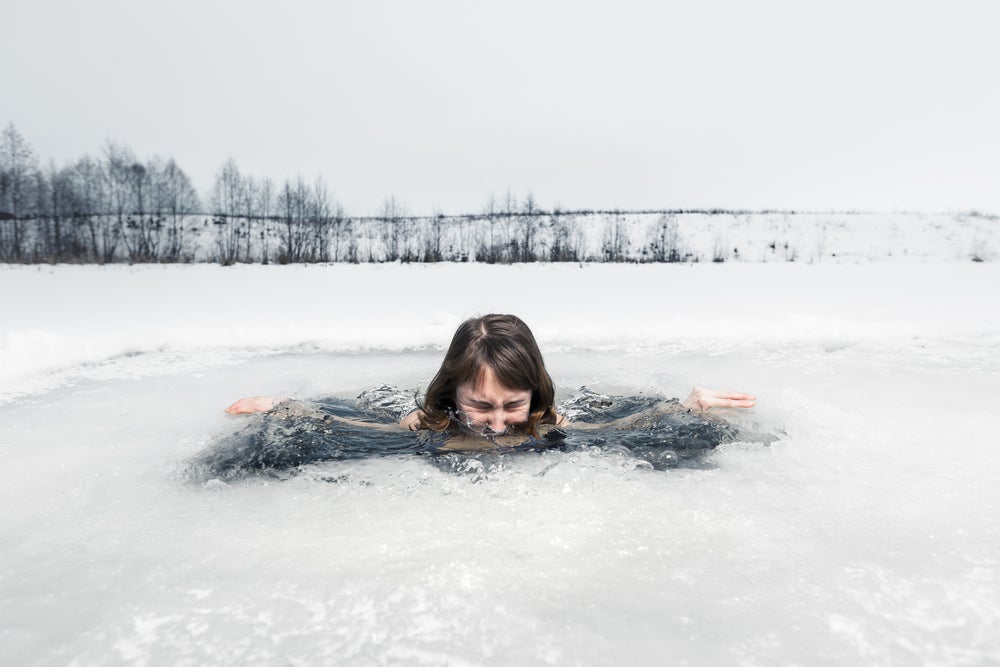 Few topics have gripped the therapy and performance world in the past few years more than icing. To be honest, I was one of those professionals and educators that was a proponent of icing injuries. As a college professor and a person who reads research and pounds the pulpit of evidence-based practice, I too was one of the millions of professionals who fell for the fallacy.

The Lack Of Evidence

I remember explaining to athletes and individuals from the general population that ice slows inflammation and allows tissues not to become hypoxic (without oxygen). It makes sense that swelling in a muscle or joint should be removed and that ice should stop or slow swelling as it slows inflammation. However, there are a couple of glaring issues with that argument I ignored.

First, there is not consistent research on the effectiveness of icing injuries. The research on ice usage ranges from therapy settings with direct applications, to cold water immersion, to complex methods involving heat and/or compression. The research is just all over the place, as are the results. I think any doctor would have a hard time justifying the broad use of a drug with such inconsistent findings, but ice seems to be the exception.

I don’t think it is wise to swing to a completely anti-ice stance. I also do not advocate heating up a knee with a ACL tear. What I am saying is that icing is unsupported in most chronic injuries, rehab protocols and performance-related recovery. Let me try and convince you.

The Three Stages Of Healing

In the case of injury, whether a joint injury or muscle injury or muscle damage from general training, the body will go through three stages of healing. The first is inflammation. Often regarded as a negative consequence, inflammation is actually the trigger that removes damaged structure and starts to bring in the needed fuel and structures to rebuild. In order to move things in and out there must be fluid movement. Ice actually prevents movement and slows healing.

In the case of swelling, obviously fluid has increased in a joint or muscle. At that point, freezing or significantly cooling down the tissue is not going to speed the movement of fluid but in fact impair it. The best thing to do is to move the fluid. Moving the fluid could be done by actually moving, massage, a muscle stimulator or compression with movement. Ice will not move fluid.

In relation to ice baths and other forms of cryotherapy, ice will only again slow the process of healing. If you want to avoid the soreness that follows muscle damage 48 to 72 hours after a long run, the best thing would be go for a walk the next day. Move fluid, don’t freeze it.

Icing Injuries And When To Do It

However, I did mention that I don’t believe ice should be completely dismissed. Ice does a couple of things really well; it numbs or temporarily blocks pain and it pulls heat out of the tissue. To the first point, in rehab situations the use of ice could be helpful. It can allow the joint to be moved easier in order to push fluid and establish range of motion.

To the second point, if a runner runs multiple times a day in the heat, an ice bath might be beneficial. While the adaptation process would be slowed, the athlete would not care about adaptation as much recovering for the following bout of exercise in the same day.

In the end, ice is a tool. Ice is not a blanket treatment, it has a specific time and place for its usage. If you need a quick turn around and just want to feel better, you could use ice or an ice bath. However, if you are actually trying to build/recover the muscle, provide movement to allow repair of tissues and leave the ice alone.

For chronic joint pain, compress and move the joint in order to heat it up or just heat it up directly. However, if a joint is producing chronic pain, fix the problem which is probably due to a mobility or stability or muscular strength issue. Even a degenerative joint can fall under one of those three areas (mobility, stability, strength).

For acute injuries, ice if needed for pain, but compress and elevate the joint and let the healing process run its course. Pain free movement can aid that recovery (assuming a consultation with a medical professional depending on the severity of the injury).

When Is It Time to Go See a Physical Therapist?

Stop Your Quad Strain In Its Tracks

The Achilles Tendon: What Goes Wrong for Runners