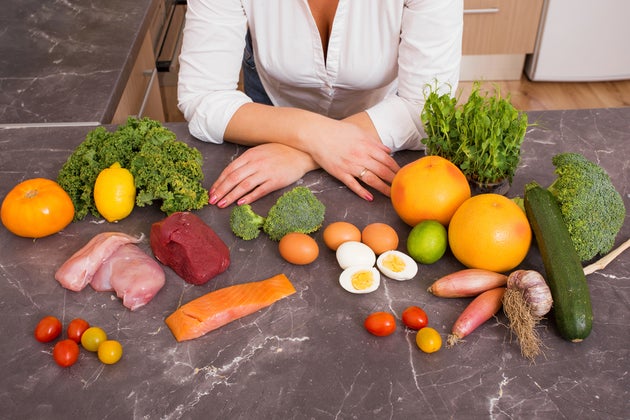 Some runners walk a fine line between fueling their racing goals and running on empty. While distance runners interested in increasing performance take into account nutrition and training strategies to increase their power-to-weight ratio, incorrectly doing so puts them at risk for long-term health and performance issues. Ketogenic or low-carbohydrate diets are sometimes employed in an attempt to decrease body fat or manipulate the body’s ability to rely on burning fat as fuel for endurance exercise. However, distance runners failing to replenish their muscle glycogen stores through carbohydrates can end up hindering their performance because of the disruptive consequences to their hormone levels.

Athletes that experience abnormal symptoms of fatigue and an inability to keep up with their current levels of training may be experiencing issues associated with low steroid hormone levels. Female athletes have a monthly reminder of their hormone levels due to the menstrual cycle. A lack of a menstrual cycle, or a condition known as amenorrhea, is a fertility issue due to a lack of energy balance (where calories ingested are less than calories expended) or the brain’s perception of an energetic deficit that can be compounded by diet and training. Two of the major issues with an absence of a menstrual cycle is that it puts women at risk for chronic depletion of bone density and can slow down metabolism long-term. These two crucial issues can inhibit athletic performance.

Clyde Wilson, who has worked with individuals and teams through the Sports Medicine Institute in Palo Alto, Calif., and has taught nutrition in the medical schools at University of California San Francisco and Stanford University as well as Stanford Athletics for over ten years, explains: “The central nervous system doesn’t respond well to perceptions of starvation.” Dr. Wilson notes that a low-carbohydrate diet resulting in ketosis (where the body creates ketones resulting from the breakdown of fat into fatty acids) by itself is fine because the liver is able to keep up with the brain’s needs. However, he says, “Exercise makes that fall apart because of forced sugar uptake in the muscle during intensive contraction, so recovery runs are about as much as the body can handle with ketosis.” Dr. Wilson notes that chronic ketosis can lead to long-term reductions in metabolic rate. As a result, dieting and training strategies have both immediate and long-term consequences to running performance.

“How you manage optimum performance is really a balance of immediate and long-term performance. If you’re trying to use ketosis and hard training in college, you may already inhibit your ability to maintain a professional career just four years later because of the strength of the interaction between the central nervous system and both the immune and the endocrine system.”

“These are the two central components unless an athlete is willing to simply train less and eat more,” says Dr. Wilson. Ingesting 100-300 calories of a glucose source in the 10-minute window following exercise is important because of the rapidly dropping muscle absorption rate of glucose, which is back to baseline within an hour. Wilson also adds that including dietary animal fats will drive steroid hormone production.

Dr. Wilson’s experience working with athletes with amenorrhea is one that he has found to be reversible within the space of one to a few months when incorporating these two nutrition components of recovering glycogen and eating quality dietary animal fats. He points out that the quality of animal fats is an important consideration, as regular mass produced low-cost animal fat foods induce insulin resistance and are associated with heart disease, whereas higher quality sources are not.

“In a nutshell, the body protects itself from what it perceives to be a starvation scenario, whether driven by training, diet, or in particular, both.”

For more information on Dr. Clyde Wilson’s services, you can visit his website at www.DrClydeWilson.com.