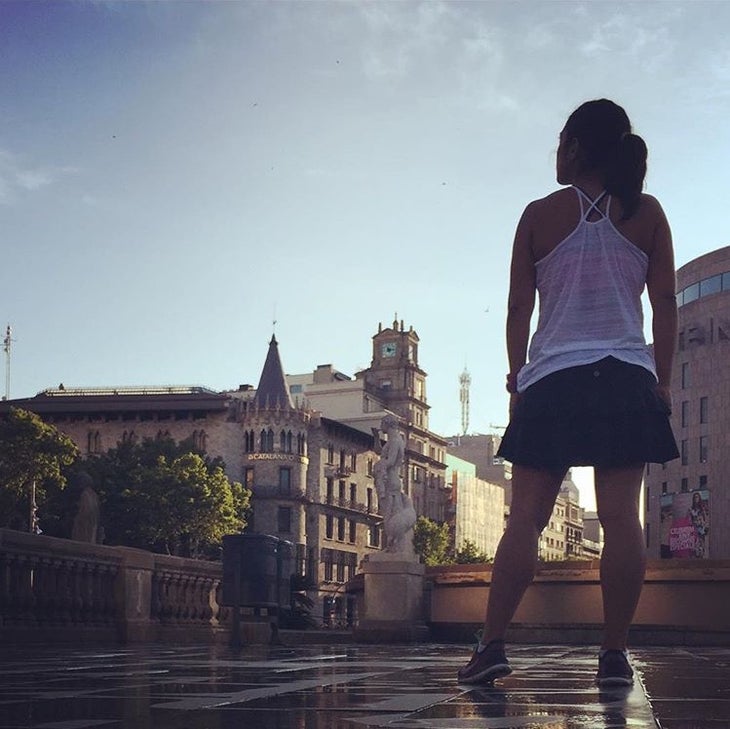 Frosting, sriracha popcorn and chips with melted cheddar (sugar, salt and fat)—that’s what composed my last food binge which occurred on February 15, 2015, at the age of 42. This is difficult for a pediatrician mother-of-three who has had an extensive background working with teens suffering from eating disorders to admit. Yet, it is a topic that is rampant and hitting our girls at progressively younger ages, and it needs to be talked about.

It had been months—maybe even a year—since my prior food binge, an unhealthy habit that had begun about 30 years before at the age of 12. I vividly remember walking into my parents’ bedroom as a tween and announcing that I was going on a diet, so they shouldn’t make me eat. That first diet of milk, grapes, and chicken breasts—accompanied by stints of going down into our basement to jump-rope—started a cycle of deprivation and binging that lasted for years.

In my twenties, despite regularly volunteering in an inpatient psychiatric hospital in the eating disorders unit (where I saw 70-pound girls fight for their life), I continued my cycle. Later during my residency, I would train under an eating disorder specialist and learn how to recognize the signs of disordered eating in adolescents, yet my own struggle with being on a constant diet and periodically binging continued.

As I started working and having my own children, I continued to always be on a diet, but the frequency of uncontrolled binging decreased. Periodically, the binges would come, like a volcano lying dormant that eventually erupts. Almost 30 years later when I became a runner, I gradually replaced binging through my emotions with running through my emotions, and I believe that I have completely put behind my unhealthy relationship with food while maintaining a healthy relationship with exercise.

Unfortunately, many people with disordered eating either replace it with exercise addiction or suffer from it simultaneously, and we need to bring light to both issues.

A Deeper Look At Eating Disorders

As a matter of fact, eating disorders are the most common condition to co-occur with having an exercise addiction, and replacing disordered eating with deranged exercising is a growing problem. As I myself have learned to deal with stress, exhaustion and sadness by running through my emotions rather than binging through them, I’ve had to learn to navigate making my relationship with running healthier than my relationship with food has ever been. I will admit that I am still absolutely guilty of saying that I earned my carbs or my glass of red wine or my flourless chocolate cake, but that is not really how I feel about food now. I am at a place where I can eat when I want without feeling like I need to earn it, and I’d like to help you recognize if you are replacing disordered eating with disordered exercising.

First, let’s review some of the parallels between disordered eating and exercise addiction:

Now, what are some general guidelines we can follow to make sure that we are exercising with a healthy mindset?

In a few months, it will be two years since I’ve had a food binge. I rarely have the urge to binge now because running has become my form of meditation that helps me handle stress and fatigue. I’ve also learned to listen to my body when it comes to exercise, pushing harder when my body craves it and taking an unscheduled rest day when I can feel that my body needs it. If you are struggling with disordered eating and/or exercise addiction, remember that you are not alone. Seek help and you too can have a healthy relationship with food, with physical activity, and with yourself.