Here is one more reason to slather on the sunscreen before your next run and make sun protection a priority. A study in the Journal of Investigative Dermatology reports that since 1980 there has been a 50 percent increase in new melanoma cases in young women ages 15 to 39. 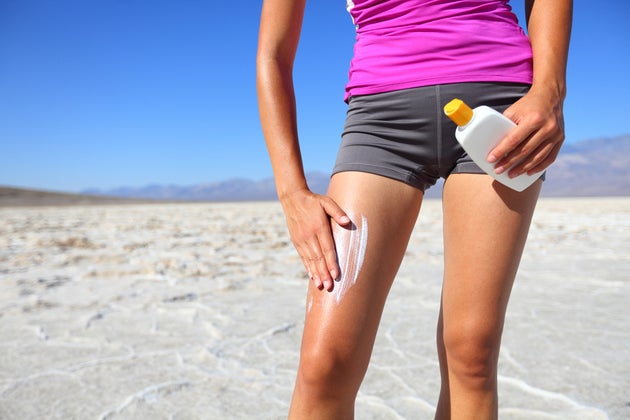 Researchers from the National Cancer Institute worry that these numbers could lead to even more cases in older women. The analysis further revealed that cases of melanoma in young women have gone from 5.5 cases per 100,000 per year in 1973 to 9.4 in 1980, and they continued to rise to 13.9 in 2004.

Interestingly, the rate has leveled off in young men during that same time period.

Although no cause for the difference was identified, researchers speculate that in recent years women have increased tanning exposure (especially through indoor tanning beds) or that perhaps young women’s propensity to use sunscreen and sun protection more often than men may lead to more overall sun exposure.

Whatever the cause may be, one thing is certain: Melanoma is to be taken seriously. The American Cancer Society reports that in 2008 there will be 62,480 new cases of melanoma in this country. And about 8,420 people will die of this disease this year. Those numbers are staggering.

Remember that sunscreen isn’t the only thing to consider in terms of sun protection. Hats and sunglasses are also vital to keeping your skin covered—and, as it turns out, sunglasses are a form of sun protection that are often left behind the most. Also, you can start making sure products such as moisturizer and chapstick contain some form of built-in sunscreen or other sun protection. That way, should you forget to lather on the sunscreen before your next run, you are not suffering from no coverage at all.

Splits: Runners, Have a Little Laugh at Yourselves—and Each Other