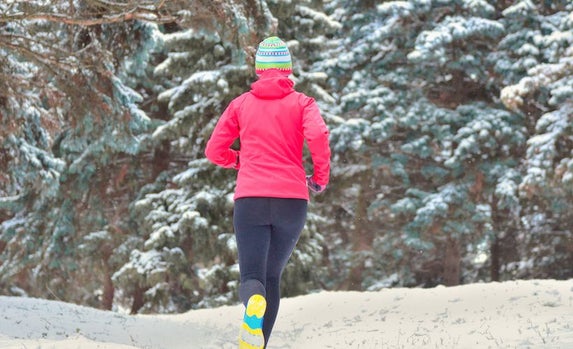 As the flight attendants instructed us to prepare for landing, Matt and I finished eating our granola bars and laced up our running shoes. In an attempt to optimize our time, we had taken a red eye from Chicago to Iceland to run in the Reykjavik Autumn Half Marathon. Our flight landed three hours before the race, affording us plenty of time to collect our rental car and drive to the start line, if all things went according to plan…

We scurried off the plane and headed straight to the rental car pick-up desk. We became anxious when the Budget rental desk was nowhere in sight. An airport employee informed us that the Budget office was in a separate complex, which was only accessibly by bus. After waiting nearly 45 minutes, the biting wind and freezing rain forcing us awake, the bus finally arrived. It transported us not even half of a mile to the Budget office. We were infuriated! We had been idly standing around in the bitter cold wasting precious time, when we could have quickly and easily walked to the office!

With just over two hours before the race start, the Budget office notified us that our rental reservation was ready for pick-up at the Reykjavik Airport. “Great. Isn’t that where we are? Which car is ours?” we wearily replied. Instead, they informed us that this was the Keflavik International Airport. The Reykjavik (domestic) airport was a 45-minute drive away. Amidst the disappointment, they had good news: there was an affordable shuttle bus that transported passengers between the airports.

After a brisk walk back to the Keflavik Airport from the Budget office (no waiting for the bus this time!), we hurried to the shuttle bus information desk. They presented us with more unfortunate news. The morning shuttle bus had just departed. We’d have to wait two hours for the next shuttle to Reykjavik! If we waited for the bus, we’d miss our race. They provided us with one last option: we could hire a private taxi to Reykjavik for $100. Although it was a rather expensive solution, we were forced to oblige.

We boarded our taxi and immediately told the driver about our predicament. Our driver, a former actor, opera singer and local government representative, was a dynamic and entertaining Icelandic native. Matt and I were noticeably stressed, and he assured us that we would make it to the race on time. His stories about the history of Iceland, and his animated impersonations of trolls and gnomes, were a much appreciated distraction. As the sun rose, we drove through lava fields, past ancient volcanoes and along the rocky coastline.

Our taxi driver was so invested in getting us to the race that he personally escorted us into the Budget office to ensure that we were all set. As we signed the rental paperwork, Matt and I took turns running into the bathroom to change into our race outfits.

We hopped into our rental car and followed our taxi driver’s written directions to the race start. The instructions outlined by the race officials were incredibly vague, so we were beyond grateful when our driver offered to provide precise turn-by-turn instructions.

We were cutting it close, but we made it to the start! We frantically parked the car and hustled to the registration tent, not sure what to expect. Inside the tent, there was no official registration process. We were required to find our race bibs, which were attached to a clothesline suspended from the tent ceiling, and then collect the corresponding ankle timing chip. Pre-race refreshments, including freshly made waffles, coca-cola, hot chocolate and Icelandic beer were being served. Though tempting, especially after our stressful morning, we decided not to indulge.

Our hectic “race” to the start was over, and it was now time for the actual race to begin! The starting pistol boomed. We were off. Between my massive sleep deprivation, impending jet-lag, the bursts of gale force winds and the rain that was impeding my vision, most of the race was a blur. As my eyelids began to droop, I forced myself to take in the scenery as the course wound along the coast, past waterfalls and through nature reserves. Considering the circumstances, I felt rather strong for the first 10 miles. However, with just over three miles left, my body reached its breaking point. Perhaps all of the aforementioned challenges were too much for me to handle. Or perhaps my body had not fully recovered from my first full Ironman, which I had completed less than two weeks before. Either way, during the last few miles both of my knees locked up and my pace decreased significantly. With a mile to go, I passed a throng of lively spectators who very aggressively “cheered” (i.e. yelled) at me to “Hurry up! Go FASTER. RUN!!!” Needless to say, I was not a fan of the Icelandic version of “race encouragement.” I hobbled across the finish line with a time of 1:48:00.

I shuffled back to the registration/celebration tent to find Matt, curious to hear about his race experience. I spotted him from afar and gave him a hesitant thumbs up. His reply of a slow head shake was the only explanation I needed. I’d later discover that the lack of sleep had adversely impacted his race. He got lost along the course and was yelled at for going the wrong way. Though he had a decent finish time, he had NOT enjoyed the wind and rain one bit.

We grabbed some post-race refreshments, this time opting for beer, coca-cola and Icelandic sweets. Matt, exhausted and shivering from the cold, was ready to venture to our hotel. Though I was in serious need of a warm shower, I begged Matt to stay a bit longer. I was excited to receive my finisher’s shirt, since it would inevitably feature some Icelandic language! After waiting for more than 10 minutes, we discovered that there were no finisher shirts. Instead, we were presented with a “Dollar Tree” quality participation medal. These medals provided a lackluster representation of our race day efforts.

Our vacation was off to a running start. We spent the remainder of our time in Iceland exploring the vast countryside filled with geothermal pools, waterfalls, geysers, glaciers, volcanoes, lava fields, beaches and rocky cliffs. It was a memorable trip for many reasons–one of which was the invaluable lesson we learned: we will never again take a red-eye en route to a race!

10 Things I Learned On My Journey Toward Becoming An Ironman

I Cared About My PR Race…Until I Got Engaged Right Before!

5 Things I Learned From Running On A Cruise Ship