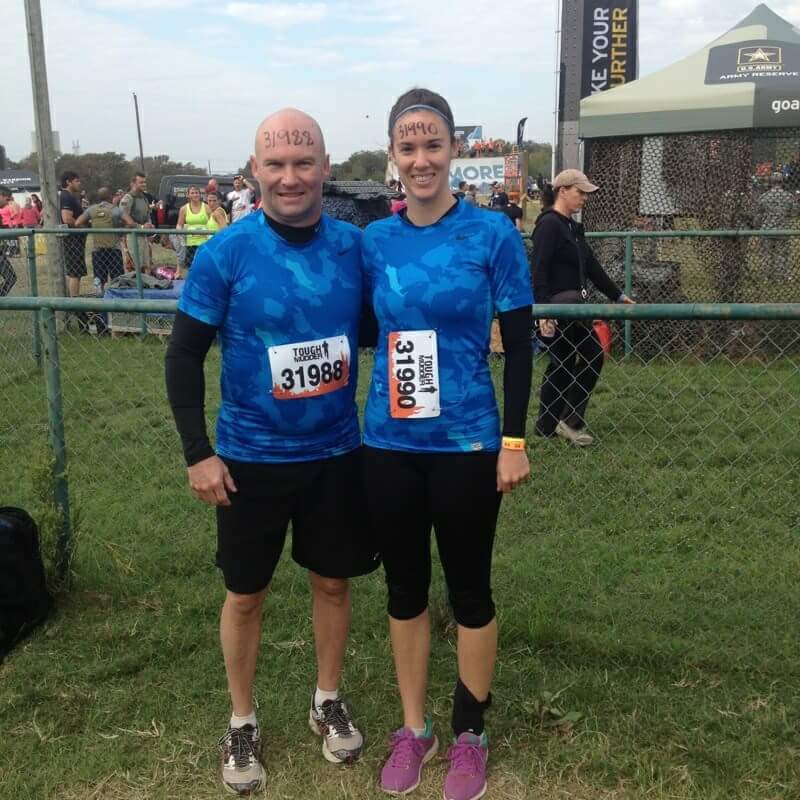 After doctors thought she would never run again, Samantha proved them wrong.

Running today is literally something I shouldn’t be able to do—and I couldn’t be more grateful for it. I had my first ACL surgery in high school and the second ACL surgery during my second year of college. At first, the second surgery progressed just like the first: my left knee was still bruised, and my incision had split open just like my first ACL surgery. But several weeks after surgery, my left knee was still black, and the incision was not looking good. I went to the emergency room and after being examined, I was instructed to immediately return to my surgeon.

After arriving at the surgeon’s office and meeting with various doctors and signing forms, I got ready to return to the operating table. It turns out my incision was infected with staph, E. coli and pneumonia(!). I had a gram-negative and gram-positive infection in one incision; it’s rare for these two types to exist simultaneously, and it nearly killed me. Losing my left leg and my life were both high possibilities. I spent 22 days fighting for both in the hospital, while the doctors performed a skin graph and muscle flap surgery to move one quarter of my calf muscle to the top of my left knee to cover the growing hole the infection left.

RELATED: Real Runners: I Defied The Odds At The NYC Marathon!

Thankfully my leg and life were both saved. After I was cleared to do so, relearning how to walk was an interesting and painfully difficult experience. Missing one quarter of my calf muscle meant I have no spring in that leg. The way I used to walk no longer worked properly, let alone running.  Some days I felt like I was a toddler again; despite the pain, I would practice the movement all the time. When I was cleared to step and start running again, that was a whole new level of difficulty, both physically and mentally. During those 22 days in the hospital, I had fought with doctors about running again—they told me it would never happen again. According to them, because there was such a small chance of me running, it was even a smaller chance that I would compete again in track and field and sports in general. I am a high jumper and javelin thrower, so hearing that was a stab to the heart.

No words really describe the physical side of teaching myself to run again. I cried from the pain everyday but still attempted to go a little further than the day before, knowing the way back to competition and fitness was straight through the painful stuff. After months of slow-moving recovery, I was released to high jump and throw javelin again. I began performing at the same capacity as pre-surgery! To continue to aid in the running-specific recovery, I swam everyday that summer, and slowly the agonizing parts became less so.

RELATED: Real Runners: I Discovered The Magic Of Running Groups

Despite the second surgery interrupting my second year at college, I was able to come back and compete in track and field for the last three seasons during my collegiate career. Today, I still run, play sports and compete in Tough Mudder with family and friends. If there’s one thing I learned from the process, it’s that the only person who limits me is myself.