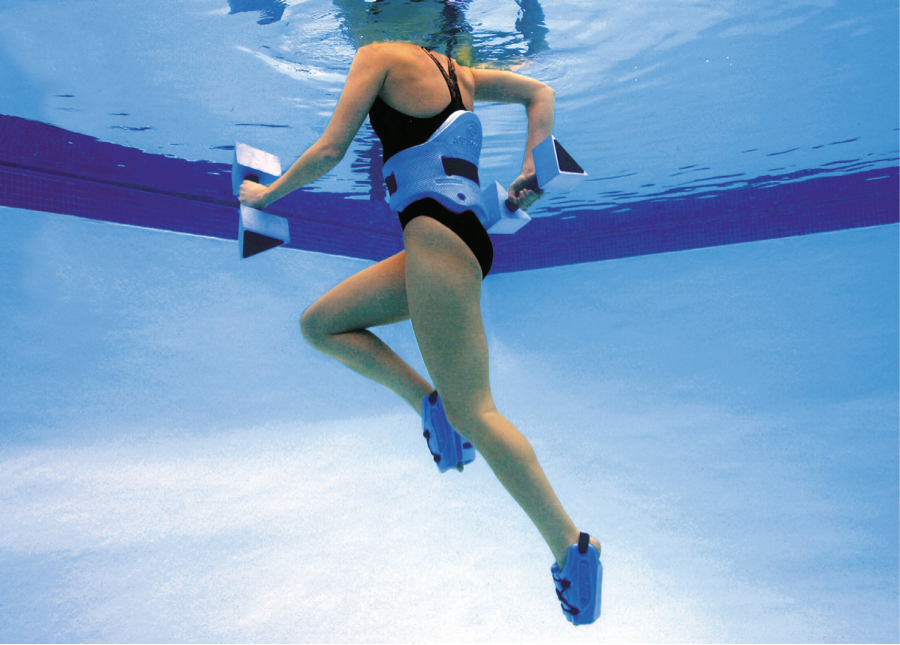 Pool running often gets a bad rap: It’s boring, it’s only for rehabbing injuries, and it’s not much of a workout. False! Turns out, it’s the smart athlete’s trick for staying injury-free. This is especially true during periods of high training (like prepping for a race).

Amanda Basham, a runner and running coach for Carmichael Training Systems in Colorado Springs, encourages her athletes to replace one of their hard weekly runs with a pool-running session for fitness and overall health.

“Adding one day a week of pool running into your normal routine is a proactive way to prevent overstressing your body, especially when you are in a heavy-training phase,” says the coach.

As much as pool running helps with and is used for preventing overuse injuries, it’s also an excellent workout. In fact, you can pool run as your normal run every day for four to six weeks without losing fitness.

You can run in the shallow end or the deep end, but it’s deep-water running that sets the standard for zero-impact workouts with the ability to get your heart pumping as much as dry-land running.

Boulder-based ultrarunner Gina Lucrezi began pool running when she was injured, but now she incorporates it into her regular training program.

“Pool running is by far my favorite cross-training exercise,” Lucrezi says. “Fighting against the resistance of the water makes you work hard and forces you to focus on your form. It’s a fullbody workout!”

Because you’re simply fighting against water and you don’t need to push off the ground, your legs can spin more quickly than normal. Much like the neuromuscular benefits that come from speed work, such as strides or fartleks, Basham says she’s seen the faster turnover from pool running translate to dry-land running.

Besides putting in the effort, the trick to getting a good workout comes down to maintaining proper form. Plan to have your head, neck and the tops of your shoulders out of the water. Just like normal running posture, your arms should be bent at 90 degrees and your chest up with a slight forward lean.

The only special gear Basham recommends is a flotation belt. While not required, belts can help you maintain proper form and get the most from a workout. When running without a belt, it’s more difficult to keep your legs underneath you—they tend to float out behind like they do when you swim.

It’s true that pool running can become a bit monotonous. A waterproof iPod and headphones may help. It’s also infinitely more fun if you can persuade a running partner to join you!

Running coach Amanda Basham recommends working out based upon perceived effort (since pace or distance is irrelevant in the pool) for this introductory, yet high-intensity, workout.

Dive In! Why Runners Benefit From Swimming

Strengthen Your Runner Weaknesses With These 5 Water Workouts