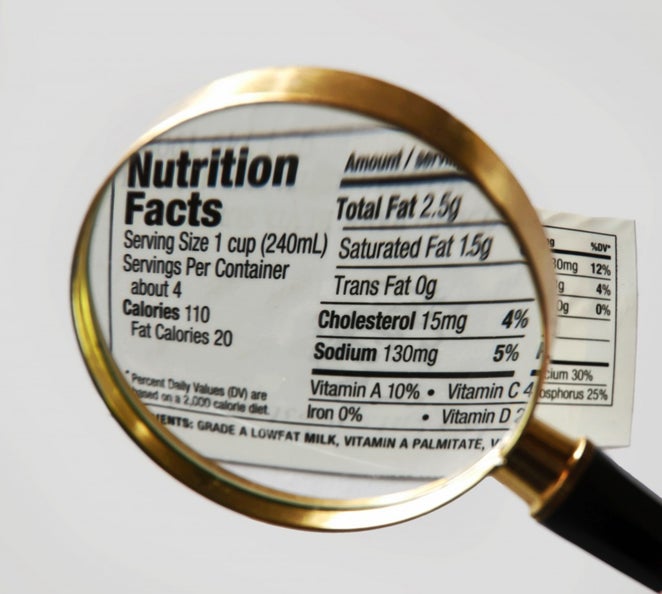 First Lady Michelle Obama announced that the Food and Drug Administration has finalized its long-awaited rule for the revised labels in a speech in Washington at the Partnership for a Healthier America’s annual summit.

The revised “daily value” for added sugars on updated labels will be 50 grams, or about 12 teaspoons—an amount representing 10 percent of the daily 2,000 calories recommended for many adults. Once updated, a 20-ounce bottle of Coke would likely show that it had 130 percent of the added sugars limit for a day. The goal is for new labels to know how much of the sugar comes from fruit or milk, and how much comes from high-fructose corn syrup or other added sugars.

Related: KIND Bars Just Got Permission To Call Themselves ‘Healthy’

“Right now, it’s impossible for consumers who look at a Nutrition Facts label to know how much of the sugar in foods is added and how that amount fits into a reasonable daily diet,” said Michael F. Jacobson, president of CSPI, which first petitioned the FDA to put added sugars on Nutrition Facts labels in 1999.  “Besides helping consumers make more informed choices, the new labels should also spur food manufacturers to add less sugar to their products.”

When the FDA first proposed revising Nutrition Facts labels in 2014, the proposal included a line—but no Daily Value—for added sugars. In comments on the proposed rule in August of 2014, CSPI argued that without a percent DV, consumers wouldn’t know how much of a day’s worth of added sugars a serving of a food contained.  In July of 2015 the FDA proposed a Daily Value for added sugars.

The new Nutrition Facts labels also give more visual emphasis to calories and will no longer have a reference to “calories from fat,” reflecting the new understanding that saturated and trans fat increase the risk of heart disease, while polyunsaturated fats and oils can reduce that risk.

“Americans concerned about nutrition and their health owe a special debt of gratitude for the role played by the First Lady of the United States,” Jacobson said.  “Michelle Obama’s leadership accelerated these updates to Nutrition Facts labels, and the helpful changes will be a major part of the Obama Administration’s food policy legacy, along with improving school foods, eliminating artificial trans fat, and spurring positive progress by the food industry.”