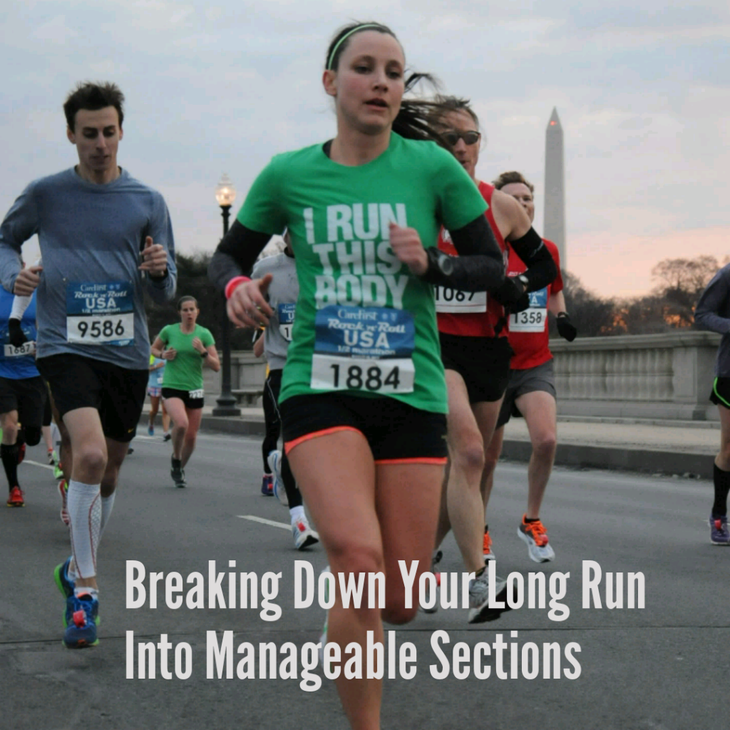 There is a very fine line between love and hate when it comes to long runs. I love them. I hate them. I hate to love them and love to hate them. It’s all mixed up. Some days the thought of running 20 miles makes me giddy with excitement; other days it stresses me out. I wonder how on earth my body is going to go that far or how mentally I will make it.

The past week or so has been an emotional roller coaster for me because of some family stuff. I knew I wanted to, or rather needed to, run long as part of my training for the Great Wall Marathon in China, but mentally and emotionally I just wasn’t in it.

When I started running marathons back in 2003, the only way I could manage to finish my long runs was to break down my long runs in to distances I could wrap my mind around.

I would park my car at the middle point of a route and start from there. Five miles out in one direction, stop to walk a bit, and then start a new five mile run. I didn’t think about the five miles I had already covered. I only thought of the “current” run I was in. Five miles is an easy distance for me to cover during marathon training.

After 12 years of marathons, you would think that running 20 miles would be easy for me, but it’s not. It’s certainly easier than it was in 2003 but it still demands mental strength. When the strength is not there, I lean on my mind games.

The Great Wall Marathon is 15 days away. Typically I would not run this long so close to a marathon, but this marathon is unlike any I have ever run before so I felt the need to push my body a bit harder.

This is the mental game I played to finish 20 miles.

The first three miles of the run were uphill. Once I crested the hill I knew I only had two relatively flat miles to go. Once I hit two miles, I turned around and ran the two miles back to the top of the hill. Once at the top I ran an easy three miles downhill – weeeeeee.

At the bottom of the hill I ran two miles in the opposite direction from where I had started the run. Once those miles were finished I began my last two mile run. At this point those miles felt like a long way to go so I broke it down into .5 segments in my head. “Half a mile is nothing,” I told myself. At the end I had completed 20 miles on a day I didn’t even feel like I had enough to make it through ten.