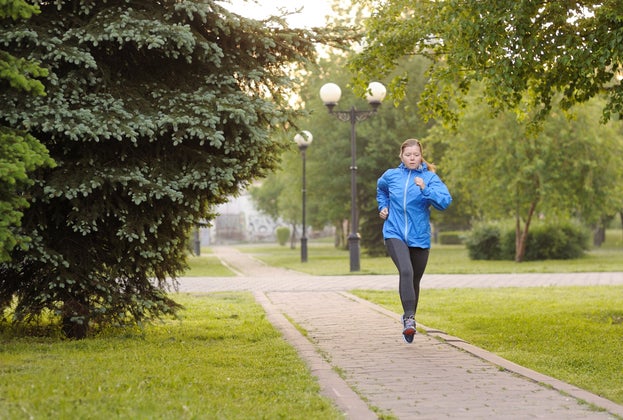 Have you ever seen that show on TLC called My Strange Addiction? I haven’t, but I have seen the commercials and they are enough to freak me out. It seems odd that someone could become addicted to eating a non-food item or acting in a way we deem “bizarre.” Yet, basic psychology tells us that the human mind can become addicted to, well, anything. And yes, that includes running.

Now, I’m the first one to laud the numerous benefits of running. Seriously, isn’t that post-run feeling the best? And how about the sense of accomplishment when you crush a personal record? At the same time, when anything—even running—becomes too much of a focal point in life, it is unhealthy. It severely limits your experiences in other areas of your life, and it could even get you injured. Don’t get me wrong, consistency is extremely important for a runner. Whether your goal is to gain fitness or to qualify for Boston, you need to train consistently to get there. But prioritizing your running is a far cry from making running THE priority.

I encourage you to look at your own relationship with running. Are you inflexible when it comes to your training or the times that you run? The main mark of an unhealthy obsession with running is inflexibility. Let’s say it’s storming outside or you’ve got a nagging injury. Name your circumstance. The point is: Life happens. And the way you deal with training hiccups says a lot about your relationship with running. It may very well be a priority in your life, but when a morning workout isn’t in the cards, how well do you adapt?

If running doesn’t go as planned, it’s normal to be bummed or a bit irritable. However, if you find it hard to function, it could be the sign of a problem. It’s an indication that your obsession with running is inhibiting your ability to exist in other daily roles. The role of a friend; a mother; a professional, they’re all getting swallowed up by thoughts of weekly mileage and how your legs feel and what shoes you’re training in. They take backseat to your concerns for training times and buying the latest gear. So, if you find that a tweak to your normal running schedule is a major issue or that you’re neglecting other responsibilities in order to run, you most likely need to find a better balance.

I say this because I know exactly what it’s like to distort running into an addiction or obsession. I went through a stage in my career when I thought running was life, and I lived accordingly. I was in high school at the time, so that meant I didn’t go to a single football game—heaven forbid I was outside socializing the night before a race, even for an hour. I also didn’t make a lot of friends because I viewed relationships as a distraction from my real purpose: Running. As you may have well guessed, I quickly found out that I missed out on a whole lot. To add salt to the wound: My running hardly benefitted at all! In fact, I quickly got injured because I was literally running my body into the ground with rigorous, inflexible training. It was only when I sought more balance in my life, that I started to see significant improvements in my running. Why? Because I wasn’t as anxious or stressed. I wasn’t tying my worth and my identity to running. Instead, I saw it as something fun I got to do. That freed me to run without anxiety or fear.

Balance. It’s so important. I cannot stress that enough, especially in regard to the long term. If you want to passionately pursue running until you’re a wrinkled old lady, you must see it as a puzzle piece that fits into puzzle of your life, rather than the whole picture. It might be tempting to cling to running as your foundation, but if you refuse to invest in the rest of life, you’ll be missing out on a pretty amazing world! The best athletes I know are extremely well-rounded. When practice is over, they enjoy other pursuits. Running becomes their getaway, a treasure in the busyness of the day. That kind of perspective will get you far. It tempers you for difficulties, hardens you for races and enhances your life overall. And you’ll have a heck of a lot more fun along the way.