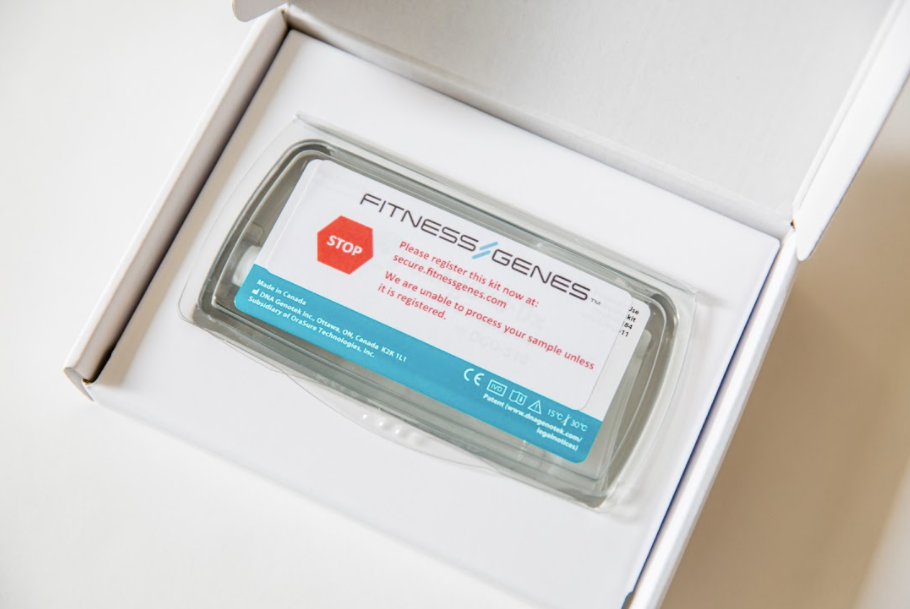 A few years ago I figured out if I added three full-out 30 second sprints to my jogs I would sleep soundly that night. It was such a powerful realization. Something important happening at work on Friday? Add some sprints to my Thursday workout and I knew I would be rested and ready to go on Friday. What other life hacks were out there waiting for me?

When I heard about FitnessGenes, I was stoked to see if it could help with this. I sent in some saliva and for $229 they analyzed my DNA, telling me what variants I had—and the implications for reaching fitness goals.

For example, I have two copies of a gene called CYP1A2. (I feel so exposed, telling the internet about my genetic make up!) This makes me a fast caffeine metabolizer. FitnessGenes suggests I not consume caffeine before a workout, because when you’re a fast metabolizer, you crash pretty quickly. I wonder though if this is assuming that I am a person who does super long workouts; not going to lie, most of my workouts are less than 30 minutes.

I have one copy of a gene associated with increased appetite, putting me at a slightly higher risk of being obese. It was great to hear I can start attributing my poor afternoon snacking decisions to my genes, as opposed to personal willpower.

In happier news, I have two copies of a gene associated with speed! It is a genotype “commonly found in elite speed/power athletes.” I am pretty sure that’s the equivalent of saying that I’m destined to be an Olympic sprinter. No big deal.

It took me a minute to wrap my head around what research backs up the statements FitnessGenes make. I spoke to Dr. Dan Reardon, the FitnessGenes CEO about this. They appear to be taking things we know about certain genes and then thinking logically about what the implications might be for exercise.

I spoke to someone else who has some of my genes: my Dad. He works in biotech. He says the main criticism of these services is this: it’s the interaction of multiple genes that affects, for example, how your body responds to certain exercises. And the research isn’t quite at the point where we can say much about the implications of complicated genetic interactions.

FitnessGenes gave me workout advice, such as how many reps I should do with weights and how frequently I should work out. I’m not totally convinced research is at the point where these claims can be made, but it’s still fun to think about how my genetic make up might affect the optimal way to exercise.

Commit To Running This Year Using These 4 Tips