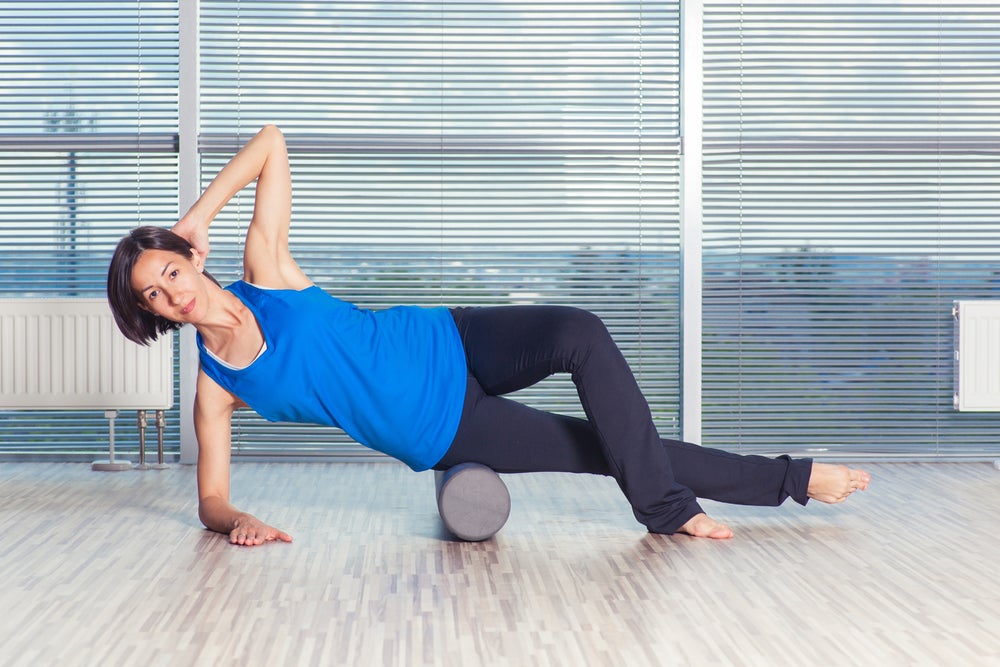 It’s annoying and painful, tingling and achy. It can easily be prevented, but many runners forgo stretching and before they know, there are sidelined for months. The culprit? Iliotibial band syndrome—or IT band syndrome.

IT band syndrome is tightening and/or inflammation of the iliotibial band, which is normally caused by overuse (running too many miles). The iliotibial band connects from above the hip to right below the knee on the outside of the leg. When the connective tissue rubs against the thighbone, extreme discomfort or pain is felt.

The main pain is typically felt between the hip and knee—and it worsens with activity. Sometimes there is swelling around the outside of the knee, mainly common in long-distance runners.

Sometimes IT band syndrome can be misdiagnosed as lateral knee pain. “The typical complaint is pain and tightness on the lateral side of the knee with running,” shares Rebecca Goldstein, physical therapist with Professional Physical Therapy.

So what can a runner do to treat and recover from IT band pain? Rest.

Treatments can take a few weeks to a couple months to fully heal IT band syndrome; four to eight weeks is common recovery time). It was caused from overuse in the first place, so it needs time to recover and relax.

“The IT band is a tendinous sheath and cannot be stretched very well, which is why massaging and foam rolling are the best treatments to help loosen it up,” suggests Goldstein. “If you have inflammation along the IT band, icing should help as well.”

A sturdy foam roller, like the CORE roller from Triggerpoint, helps release tension without causing more pain. Here are a few foam rolling exercises to help you ease pain.

TFL—a hip flexor uses the IT band as its tendon to attach just below the knee. If the TFL is not loose enough, it applies pressure to the IT band, thus compressing the tissue and leading to sensations of a “tight” IT band.

Calves—while the calves may seem too far away to influence the IT band, if the ankle can’t move correctly, then the joints above it also aren’t moving correctly. Tight calves often force an individual to rotate their knee inward during walking and running. This motion leads to tight hip flexors and more IT band tension.

After the TFL and calves have been rolled, then move on to the IT band itself.

When rolling this area make sure to roll slowly to identify tender spots. When one is found, relax onto it, focusing on breathing. Then, while maintaining pressure, perform 3 to 4 knee bends in place. This movement will help to stretch the muscle and free up adhesions between the IT band and the quads.

After these muscles have been released and stretched, then perform strengthening exercises for glutes. Strong glutes will help to reduce the unnecessary stress and tension on the IT band and quadriceps.

“Everyone heals at different paces, so it may be different for each individual. If you’re eager to still work out, cross training is always a good option (e.g., biking, swimming, elliptical),” says Goldstein.

Make sure to listen to your body and ease off when pain acts up. As always, speak with your doctor before beginning any treatment to get proper diagnosis.

Fixing And Preventing IT Band Syndrome