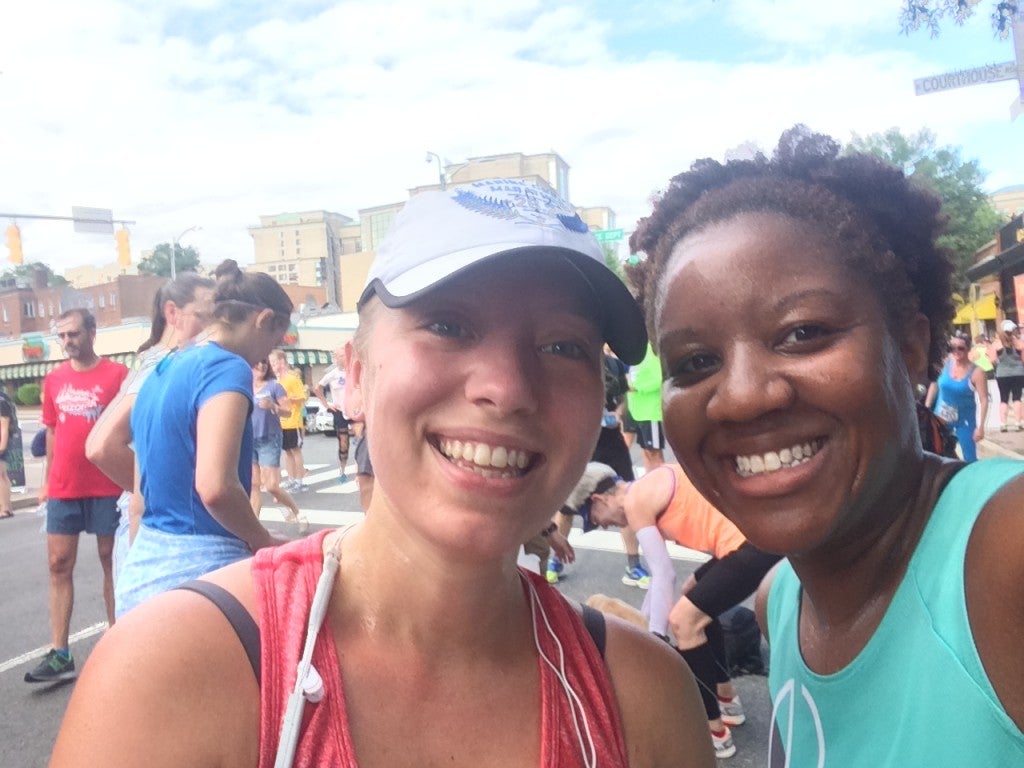 A couple weekends ago, I ran an epically bad race. The race, a four miler put on by a local running store, was meant to be my tempo run for the week. I knew my legs would be a bit tired because my long run was the day before, but I still thought I could pull off a decent pace for four miles. Oh, the best laid plans…

This race started on the top of a mile long decline and then flattened out for mile two before returning back upthe way we went down. I knew the mile long hill at the finish would be tough but I thought I could power up it. The race started off fast, and though I tried to hold back, I ran a sub-nine minute mile for mile one. That’s just a hair slower than 5k pace for me. Miles two and three were both in the low nine’s and I was hoping that I could eek out a ten minute mile pace for the final (uphill) mile. Yeah, that didn’t happen. Embarrassingly, I actually walked two times during that final brutal mile and ran over two minutes slower than my second mile. I just barely squeaked in for a sub-40 minute four miler. As I finished, I just felt really really disappointed in myself. I have a tendency to go out too fast, but it had been a long time since I’d had to walk in such a short race. (Note: there is absolutely nothing wrong with walking while running or while racing. However, I normally don’t walk in races, so it was very disappointing to me.)

Related: How To Pick A Perfect Running Goal

Now that I’m a bit removed from the race, I’ve been thinking about how I can move forward from the bad end to an otherwise fine race and what I can learn. Everyone has bad races, from local, casual runners like me to the best elites. In terms of moving forward, I just moved on. It was not my finest morning. I was disappointed in myself, but it’s not the end of the world. No one cares about my race time, other than me.

The harder part for me was thinking about what I could learn from that disaster of a race finish. One obvious lesson is to do more hill work. Ironically, I had a really strong hill repeat session just a few days prior to the race. I think that my breakdown was actually more mental than physical. I let my mind dictate what my legs could and could not do. That is what I will be working to fix and change. A strong body is nothing without a strong mind. I spent a lot of time last year working on mental strength and clearly need a bit of a refresher course so that next time I won’t defeat myself on a tough course.

Any tips on how to mentally prepare for tough runs and tough races?