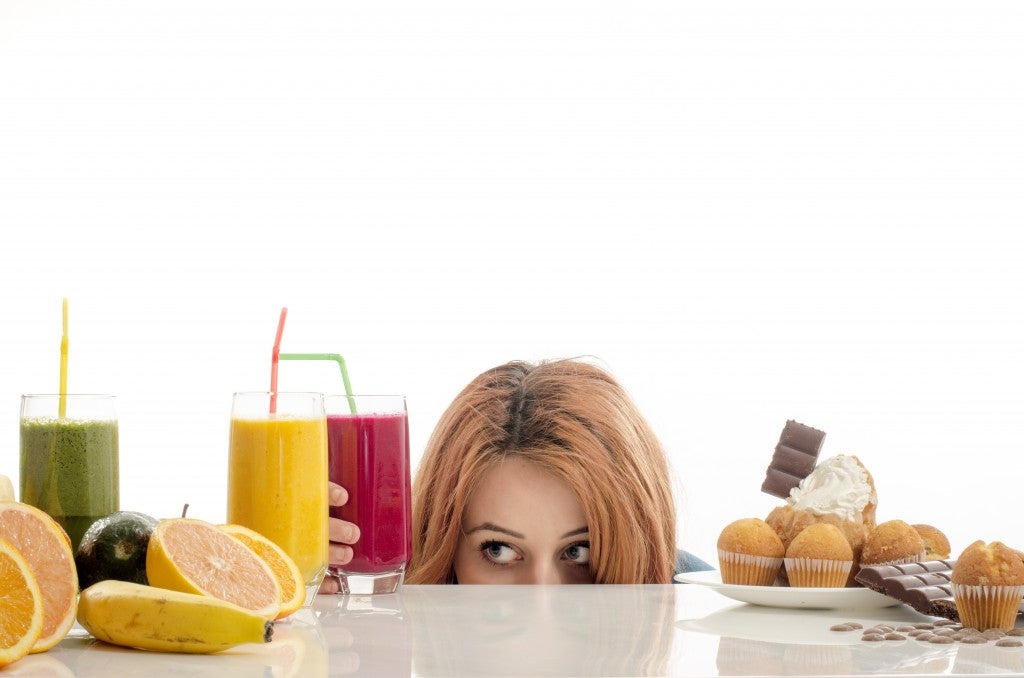 As a runner in training, you’re likely watching what you eat in an effort to be your personal best during the upcoming event. And while the types of food you put in your body are certainly important, so are the amounts. That’s why binging during training can undo a lot of the hard work you’ve done, and also why you should take actions to avoid these food benders while preparing for the big day by following these tips:

Part of what pushes people to binge, whether in training or otherwise, is the hunger that sets in when you’re not eating as often as you should. In other words, if you’re going more than a few hours without giving your body the nutrients and energy it requires from food, you’re going to increase the likelihood of a binge, ultimately eating way more than your body needs.

Jorge Cruise, fitness expert and author of The 3-Hour Diet, suggests that you eat five times each day, starting with your first meal, which should be consumed within 60 minutes of rising. Also, because you’re going to be eating at regular intervals, you’ll want your portion sizes to be smaller so you don’t overdo your caloric intake.

Related: Which Type Of “Eater” Are You?

Give Yourself Permission To Eat Occasional Treats

The problem with swearing off all of your favorite foods is that deprivation soon sets in, causing to obsess about everything you told yourself that you weren’t going to eat. Before you know it, you’re speed eating everything in sight, setting off a cascade of guilt that puts you back in deprivation mode before caving again, and the cycle is set.

Instead, give yourself permission to eat some occasional treats so that you’re not left with intense cravings that are almost impossible to ignore. One option is to give yourself a “treat day,” a suggestion often made to help college freshman ward off the dreaded Freshman 15. Another alternative if you’re not ready to give up a whole day to eat the foods you love that aren’t the best for you is to designate one or two “treat meals,” giving your taste buds something to look forward to a couple of times throughout the week.

In an interview with WebMD, Dr. Doug Bunnell, former president of the National Eating Disorders Association, suggests that an effective way to prevent binge eating involves knowing what triggers this type of eating pattern for you. Usually it involves a particular emotion or feeling—stress, anxiety, or fear, among others—that ultimately sends you to the kitchen in search of food when you experience it.

Take a few minutes and think about the specific emotions and feelings that make you want to eat, even when you’re not physically hungry. To better identify them, it may help to go back mentally to the last time you binged and consider what was happening in your life at that time. The more you know about what causes your binge eating, the better able you are to stop it before it even starts.

These 8 Strategies Will Help You Manage Your Appetite

Hydrate Smarter this Summer with these Electrolyte-Rich Foods