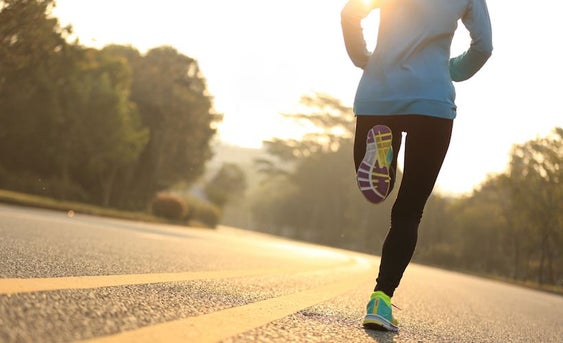 This BQ Striver Is A Bullying Survivor

I am a 48-year-old psychiatrist who just completed her fifth marathon, the Bay State Marathon in Lowell, Mass. I only started routine exercise at age 42.

I hated gym when I was a child. My gross motor skills are poor and I could not throw or catch a ball well. My classmates repeatedly bullied me in gym class, yelling at me for missing balls or not running quickly enough. When the teachers allowed students to choose their teammates, I was the last one picked. No one wanted me.

I was afraid of gym; the experience lowered my self-esteem. Finally, my mother asked my allergist to write a note saying that I had asthma so I that I could be excused (even though I never had asthma). I was relieved. Gym was one thing I never had to worry about again.

As a result of those early life experiences, I had no interest in physical exercise. I had gestational diabetes during pregnancy and became prediabetic at age 40. The Friday after Thanksgiving in 2011, I became one pound short of being overweight, according to my body mass index. While I was feeling disgusted with myself, my husband bought us an elliptical during a Black Friday deal for $150.

The first time I used the elliptical, I struggled just to use it for 10 minutes. However, I decided to continue and gradually increased my endurance. I started measuring my food intake. I started to lose one pound each week. I started to find that exercise reduced my stress. As a mother who was raising a child with autism, struggling to find effective treatment options and juggling debts to pay for it all, I had a fair amount of stress.

I learned that what can appear to be a bad thing in life can actually turn out to be a good thing. One day, my elliptical broke and I felt compelled to do some other kind of exercise in substitution. My husband suggested I go for a run, as he had started running after becoming diabetic. When I first tried it, I had to alternate between walking and running and was extremely sore. However, I continued to run and have found that I much prefer running outside, where I can enjoy the fresh air, sunshine and nature.

I ran my first marathon in 2014, the Cape Cod Marathon. My time was 4:32:10, with an average pace of 10:23. I then ran three marathons in New York (one each in Brooklyn, New York City and Queens), gradually improving my times with each.

I decided that I wanted to try to qualify for Boston. Last winter, I started taking running lessons with the Queens Distance Runners. I had to leave my house by 5:35 a.m. to get to the morning lessons on time. Even though waking up this early would typically exhaust me, I found that running early gave energy to work throughout the rest of the day.

Unlike my experiences as a child, I have been very touched by the support of my teammates at Queens Distance Runners. During one long practice run at night in the rain, some of my teammates came out just to cheer me on. Last summer while I completed races with the New York Road Runners, I found that, even though I was the slowest runner and occasionally held up the next race, people just kept rooting for me as I ran toward the finish line. When the New York Road Runners later announced they would launch relay races, I remarked that no one would want to do a relay with me because I am so slow; however, other runners immediately told me that was not true. My speed didn’t matter to them.

Having a child with autism has prevented my husband and myself from going away together for three years. When a friend volunteered to help my mother with my child for the weekend, someone at work asked, “You’re finally going away with your husband and you’re running a marathon?” For two and one-half months, I exercised about two hours each day, doing a lot of strength training in addition to running and cross-training with my elliptical. When my friend was suddenly unable to help care for my daughter as originally planned, I thought about cancelling the race getaway…but after all the training I’d done and all the money I’d raised for the race, my husband and I decided to pay someone to help with childcare. We both realized how much we needed the break.

Catching a cold just days before marathon day further threatened our plans, but I soldiered on. I started to lose energy at mile 20 as a result of the cold. Even though I did not qualify for Boston, I was satisfied that I did complete a sub-four-hour marathon, with a final time of 3:59:50 (a 9:10 average mile pace).

Exercise has so many mental and physical health benefits. Research shows that exercise helps with cognition, anxiety, depression, ADHD and autism. Furthermore, schools that have incorporated intensive physical exercise into their curriculums have shown improvements in standardized test scores and fewer discipline problems. If children, as well as adults, exercised more, there might be less of a need for medications prescribed for behavioral problems. In addition, schools need to teach children to support their teammates, just as my teammates at Queens Distance Runners support each other. Children should be encouraged to get their heart rates up through exercise and establish their own personal records. In life we do not choose our coworkers at our jobs–kids should not be choosing their teammates at schools. It is my belief that gym needs to focus more on sports that one can maintain over a lifetime, so that they can carry those practices into adulthood. In my experience, adults do not come together on a daily basis to play ball.

I do plan to run more marathons, and hopefully one day I will qualify for Boston. That being said, as long as I am fit and no longer prediabetic, that’s really what is most important to me.