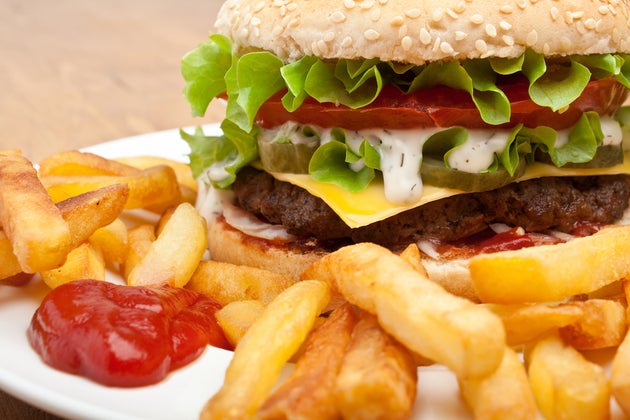 Republished with permission from Competitor.com

Before I answer this question, let me first define “effective.” Obviously, a dietary change must first of all produce weight loss when practiced correctly and consistently to be considered effective for weight loss. But in my view that’s not enough. I believe a dietary change must also be relatively easy to practice correctly and consistently to be considered truly effective for weight loss. In other words, a change must work in practice for real people rather than just in theory.

There are many dietary changes that work for weight loss only in theory. The most extreme example is the very low-calorie diet (VLCD). If you reduce your daily caloric intake to the bare minimum required to maintain basic health (which is about 800 calories per day for the average person), you will lose a lot of weight. However, you will also be wracked with hunger all day long. Very few people are psychologically capable of sustaining a VLCD. Thus, it’s effective in theory but not in practice.

Some dietary changes for weight loss are ineffective in practice because, like the VLCD, they require inordinate willpower. Others are ineffective because they are too complex, too weird, or too countercultural for most people to practice correctly and consistently. Glycemic index-based diets are an example of the too-complex kind, grain-free diets an example of the countercultural kind. Sure, there are some people who get good results from such diets, but they don’t work for the majority.

By my definition, the single most effective dietary change for weight loss is the elimination of junk food from the diet. This is true for two reasons. First, junk food really is the reason most of us could stand to lose a few pounds. It’s a prosaic fact that’s almost disappointing to accept, but it’s a fact nonetheless. Science and commerce have created a public mindset whereby we want the cause of our fatness to be revealed as a “breakthrough discovery” and we want the solution to our weight issues to be novel and preferably available in pill form. But this mindset serves to do nothing besides distract us from the boring reality that the difference between our actual and ideal weights is accounted for entirely by fried foods, fast food, snack chips, soft drinks, candy, and other sweets.

The second reason that eliminating junk food from the diet is the single most effective weight-loss measure is that it is simple almost to the point of absurdity. If a person knows only one thing about nutrition, she probably knows what constitutes junk food. The average 5-year-old comprehends the difference between food and junk food, and this transparency matters. Studies have found that the more complex dieters perceive their nutrition programs to be, the sooner they abandon them.

But wait a minute: The reason we eat junk food in the first place is that it’s delicious and tempting. Is a junk food-free diet truly more realistic than any other diet? Let me be clear: I don’t believe that any dietary change that has the capacity to yield significant weight loss is easy to sustain. But eliminating junk food is easier than the rest because it is confined to a single change. There is plenty else to eat besides junk food. Eradicating junk food leaves behind all of the true staple foods of our cultural diet.

I know some people argue that labeling certain foods as forbidden only makes them more tempting, but I think this effect is overblown. The notion of forbidden food is as old as humanity, and speaks to something deeply instinctive within us. The ape inside us understands avoiding bad foods better than it does combining foods to manage the glycemic index of meals. Forbidding foods is the simplest way to promote weight loss next to eating less, and it’s infinitely easier than eating less. The key to making food forbiddance work is getting the biggest effect from the fewest taboos, and in that regard you can’t do better than to scapegoat junk food.

Now, if your current diet consists entirely of junk food, then turning your back on it is no small change. But while I’ve been freely using the words “eliminate” and “elimination” up to this point, I don’t think it’s actually necessary to eliminate junk food from the diet in most cases. By merely reducing the amount of junk food in our diets, most of us can lose all the weight we wish to lose while improving the sustainability of the change by allowing some satisfaction of our naughtiest cravings.

For example, if you currently drink three sodas a day, switch to one a day. If you currently eat fast food once a day, switch to once a week. I have a sweet tooth and used to eat some type of dessert after dinner every evening. As part of an effort to get leaner I replaced my habitual desserts with a single square of dark chocolate. This one change trimmed more than 100 calories from my typical day’s energy intake but has not been difficult to sustain because I still get something sweet.

Make a list of the junk foods that are currently in your diet. I don’t need to say another word of definition. You know a junk food when you see it. Consider how often you eat each of these foods, and then — if you don’t think you can live with eliminating it — establish a new, reduced quota for each. It’s so easy, a caveman could do it, and there’s nothing else you could possibly do with your diet that will give you a bigger push toward your ideal weight. I can’t guarantee that this one change will take you all the way there, but it is the best way to start.

RELATED: This Rule Could Be The Key To Losing Weight

Matt Fitzgerald is the author of numerous books, including Racing Weight: How To Get Lean For Peak Performance (VeloPress, 2012). He is also a Training Intelligence Specialist for PEAR Sports. To learn more about Matt visit www.mattfitzgerald.org.