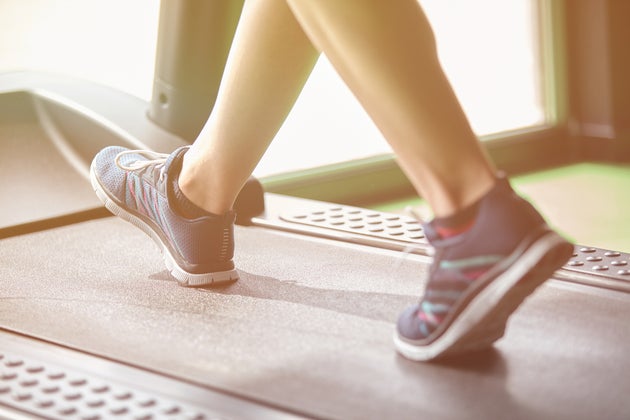 Maybe you know that you’re an overpronator and your local shoe store has recommended you run in shoes with stability, but each season, you’re nagged by the same injuries.

That’s where a gait analysis comes in.

When You Should Get Gait Analysis

A runner might want a gait analysis for injury prevention, to determine the cause of an existing injury or to improve their performance, said Dr. Reed Ferber, associate professor of kinesiology at the University of Calgary in Canada and director of the Running Injury Clinic.

“If a runner is demonstrating atypical gait patterns for a certain joint, the knee for example, then by analyzing their gait we can determine which muscles need to get stronger and which need to be more flexible in order to properly rehabilitate them and prevent injury recurrence,” he said.

The Process Of Gait Analysis

With computer data and measurement reports, gait analysis is a long way from the simple wet test, where runners wet the sole of a foot and note its imprint to determine their arch type. It’s a way for runners to get a comprehensive look at their running form, and these days, more companies and clinics are offering to do it.

“It’s a process that looks at human movement,” said Kurt Strecker, a chiropractic doctor and one of the two men behind Pursuit Athletic Performance, a company that provides virtual gait analysis.

“Running is a dynamic event, so what we do is we look at what’s happening in real time and then we can treat whatever those issues may be,” Strecker added. “Gait analysis is a way to quantify and qualify human movement and help people be injury free and help them become faster and stronger.”

Analysis Can Be Done Virtually

“We send them a PDF with instructions and they can go to a gym and take pictures and video of we let them know exactly what we need to see,” Strecker said, adding that they ask for an injury and training history as well.

Runners are then given evaluations and recommendations via Skype sessions, detailed reports and access to training features on the website.

It’s steps beyond what a running shoe store might offer. For example, at the Running Injury Clinic in Canada, the clinic takes 200 individual frames per second for a total of 72,000 frames of data per gait analysis.

“Our software compares each individual runner to a database of thousands of runners and matches them to a similar group of runners based on male versus female, recreational versus competitive runners, and foot strike pattern,” Ferber said.

It’s Not Just For The Elites

And it’s not just for elite runners, although Ferber says, he’s seen a few of them in his clinic.

“We mostly see recreational runners,” he said. “Our most common patient is a female runner, mid-40s, who is training for her first 10K or half marathon race.  We have also seen many elite runners and Olympic athletes – generally when they are in the offseason and running in order to maintain their fitness for their sport (like) speed skaters.”

It might not be as cheap as a trip to the shoe store or as easy as the common wet test, but Strecker said gait analysis is a way for runners to prevent injuries— or a way to find out why you can’t seem to shake the same old knee injury.

“We have a lot of athletes who come in injured and we were their last resort, and they say, ‘wow, this is great,’” he said. “We work with them. It’s a very powerful process.”