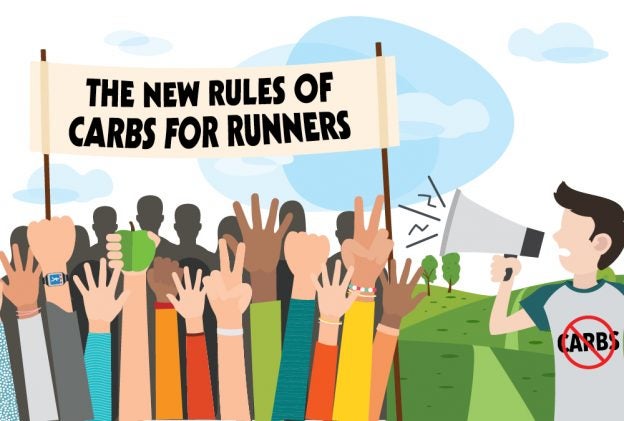 There is one group of runners, however, that has found a middle road between these extremes—a carbohydrate compromise, if you will, that points the way forward for all runners. I’m talking about the professionals.

Recently, I spent 18 months studying the diets of elite endurance athletes around the world for my new book, The Endurance Diet: Discover the World’s Greatest Athletes’ 5 Core Diet Habits to Look, Feel, and Perform Better. Perhaps the most interesting finding to come out of my research was that world-class racers everywhere from the United States to Japan have adopted a nuanced approach to carbohydrates that makes clear distinctions between carbs to eat and carbs to avoid as well as times to go heavy on carbs and times to go light.

These “new rules” of carbohydrate for runners are supported by the latest science and are proven to work better for all runners than do the all-or-nothing approaches that so many recreational runners take.

Carbs Can Make You Perform Better

Unlike fat and protein, carbohydrate is, for the most part, not used structurally in the body. Instead, it serves almost exclusively to supply cells with the energy they need to carry out important functions such as muscle work. Fat and protein can supply energy as well, but carbohydrate does so far more rapidly, making it the body’s go-to fuel for intense activity.

It’s no wonder, then, that piles of scientific research have shown runners and other endurance athletes perform better when their carbohydrate intake is higher. A few years ago, for example, researchers at Liverpool John Moores University tracked the diets of 257 runners during the final five weeks before the London Marathon. Those runners who ate the most carbs during this period completed the marathon on average 13.4 percent faster than the rest, irrespective of gender, age, body weight, training volume and marathon experience.

How much carbohydrate is needed to maximize endurance fitness? There’s no science-based formula that runners can use to determine their individual needs. All we know for sure is that the more you train, the more carbs you need. But counting carbs isn’t really necessary. In my research, I encountered very few elite athletes who tracked their carb intake. Instead, they just made a habit of including carb-rich foods in all of their meals and in most snacks. By doing the same, and by adjusting your overall food intake based on your activity level, you will be sure to get the right amount of carbohydrate for you.

Despite all of the research showing the benefits of a high carb intake on endurance performance, many runners today are being persuaded to switch to low-carb diets on the belief that reducing carb intake increases the muscles’ fat burning capacity and endurance. But studies have repeatedly demonstrated that the boost in fat-burning capacity resulting from a low-carb diet, particularly from a high-fat low-carb diet, actually impairs endurance performance. A 2014 study by Polish researchers found that four weeks on a high-fat low-carb diet reduced time-trial power by an average of 12 watts in a group of competitive mountain bikers.

Do results such as these mean that runners should eat lots of carbs all the time? No. New research has shown that endurance athletes can benefit from doing select workouts in a carbohydrate-deprived state. Most recently, French researchers observed that time-trial performance improved in cyclists who maintained a high-carb base diet but completed three morning rides per week, each preceded by a 12-hour carbohydrate fast and a carb-depleting interval workout. Interestingly, this benefit had nothing to do with fat burning. Rather, doing occasional carb-fasted workouts in the context of a high-carb diet appears to boost endurance performance by increasing aerobic capacity, which is the opposite of what a low-carb diet does.

Carb-fasted workouts are new enough that the most effective way of practicing them is not yet known. I believe that one to two of these sessions per week is a good starting point. The most convenient way to do them is first thing in the morning either before breakfast or after a no-carb breakfast. Carb-fasted workouts may take the form of high-intensity intervals or long, slow endurance runs.

Carbs Can Make You Leaner

For every runner who misguidedly adopts a low-carb diet in search of improved performance, there are many more who cut carbs with the goal of getting leaner and healthier. The idea that carbohydrates cause weight gain and increase the risk of developing type 2 diabetes has been promoted by popular diets such as the Atkins Diet and the Paleo Diet that have been developed outside the mainstream of nutrition science. The truth is that carbohydrate per se does not cause weight gain or increase the risk of type 2 diabetes—only low-quality carbohydrates do. 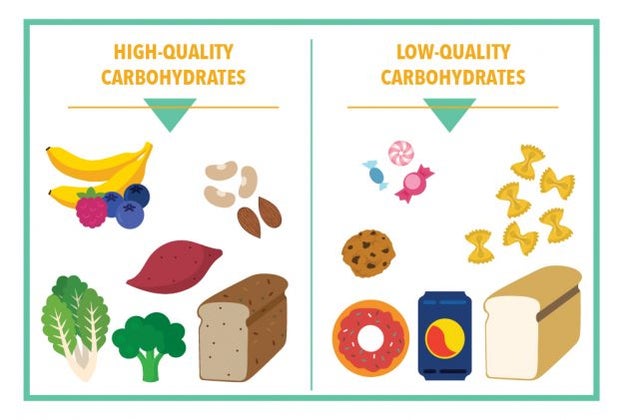 In 2015, researchers at the University of South Carolina reported that volunteers placed on a vegan diet for six months lost an average of 7.5 percent of their initial body weight without making any attempt to eat less. Carbohydrate intake actually increased on this diet. But, more importantly, diet quality increased alongside carb intake as the subjects replaced foods like pepperoni and ice cream with foods like brown rice and apples. The lesson of this study is not that a vegan diet is best for weight management but that the amount of carbohydrate in the diet is irrelevant to weight management. What matters is the quality of the food sources of carbohydrates and of the diet as a whole.

A carefully planned low-carb diet can induce weight loss and support good health, but it’s not the best approach for runners because it throws out the baby (high-quality carbs) with the bathwater (low-quality carbs).

It’s time for the running community to come together. We must bridge the contentious carbohydrate divide that currently hinders our progress by following the new rules that the pros now exploit to maximize the positives of carbs and minimize the negatives.

But if you can’t persuade your running buddies to overcome their own all-or-nothing thinking about carbs, don’t fight them. Just outrun them. 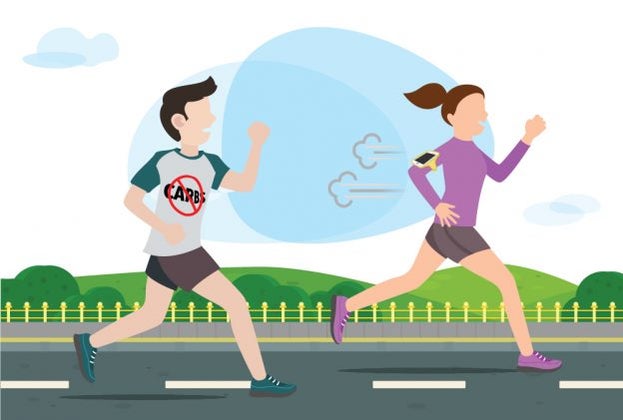 No matter what your current position on carbs is, give these rules a try and see if they don’t do for you what they already do for the best runners in the world.