Do you fall into the category of Americans that don’t get enough veggies in a day? Chances are, you do: The shocking truth is that 70 percent of Americans don’t eat the government’s recommended daily amount of vegetables (for adults that’s two-and-half to three cups of vegetables, with one cup of leafy salad counting for one-half cup of veggies).

Vegetables are fundamentally good for you. They are chock full of vitamins, minerals, and phytonutrients (nourishing plant chemicals, many of which function as antioxidants) that benefit our health in all kinds of ways. Among the many studies proving the benefits of high levels of vegetable consumption is a 2007 study by researchers at the University of Cambridge, who studied the diets of nearly 17,000 men and women between the ages of 40 and 79 and found that the more vegetables (and fruits) they ate, the healthier they were.

Researchers just found one more key reason runners should focus on greens: It boosts muscle function. That’s right, it’s more than just the chicken or tofu in your lunch-time salad that is doing your muscles a favor. The study, published today in the Journal of Nutrition, looked at data from nearly 4,000 participants over 12 years. What they found was that people who ate a nitrate-rich diet that included leafy green vegetables had “significantly better muscle function,” independent of any physical activity.

They found that was especially true for the muscles in the lower limbs, which were on average 11 percent stronger in people who consumed more nitrates. They also recorded up to four percent faster walking speeds among those individuals.

Bolster your muscle strength by adding one cup of either lettuce, spinach, kale, or beetroot to your diet every day.

Need more convincing to eat your vegetables? Vegetable consumption also positively affects the immune system, which not only needs micronutrients like vitamins B, C, and E to fortify it against foreign viruses, but needs a particularly high quantity of vegetables for its fast metabolism. “Immune cells, in particular, have among the highest metabolic rate of cells in our body, so they’re constantly needing nutrients,” says Dr. Greg Grosicki, director of Georgia Southern University’s exercise physiology lab. Vegetables like sweet peppers, broccoli, spinach, squash, and onions are packed with these vitamins that help the immune system function at its best.

Besides being packed with vitamins, minerals, and phytonutrients, most vegetables also contain lots of fiber and water. Why is this important? Research has shown that we tend to eat a consistent volume of food each day, regardless of how many calories are contained in it. Water and fiber increase the volume of foods without increasing calories. Vegetables are said to be less “calorically dense” than other foods because their high water and fiber content makes them very filling compared to other foods of equal calories. For example, cooked zucchini contains just 16 calories per 100 grams, whereas cheddar cheese contains 100 calories per 100 grams. Therefore, by replacing any non-vegetable food in your diet (e.g., meats, grains, dairy products) with a vegetable you can cut calories without actually eating less.

Getting more vegetables in your diet need not be expensive or time consuming. All it requires is that you learn and practice simple, tasty ways to break out of common vegetable-avoidance habits and hack your current routine to boost intake without much added effort. Pick a few of these easy tips to work into your daily routine. 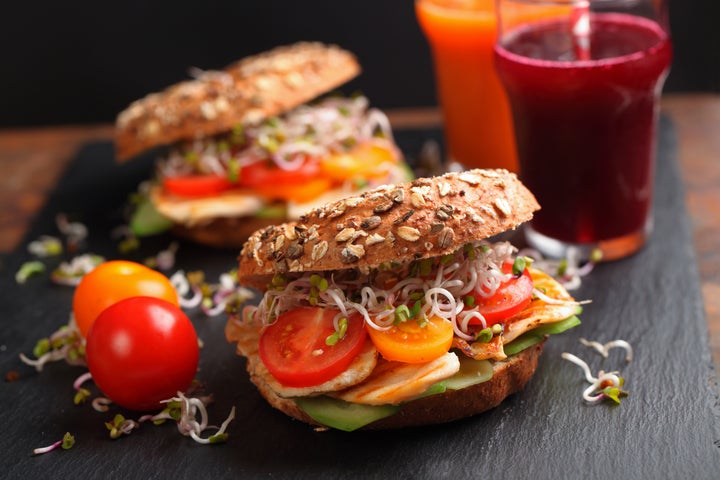 1. Load up your breakfast bagel

Breakfast is an easy place to start adding in vegetables, and it doesn’t require whipping up an omelet or fritatta. Like bagels for breakfast? Go ahead and eat them, just switch up your toppings. Instead of your go-to peanut butter or cream cheese, try them sandwich-style with a slice of tomato, some lettuce, onions, sprouts, and/or sautéed eggplant between the two halves.

Smoothies are a game-changer for meals and snacks because you can load them with just about anything. If you’re a vegetable-avoider, blending them up with sweet and refreshing fruits allows you to eat well without tasting the vegetables.  Kale, spinach, Swiss chard, canned pumpkin, raw carrots, beets, cucumber, and celery all have textures and flavors that are easily masked when blended with fruit into a smoothie. Or, you can season strategically if you’d like to taste the vegetable, like with a seasonal pumpkin spice smoothie, for example. Try this anti-inflammatory smoothie that uses baby spinach or kale as it’s vegetable boost. 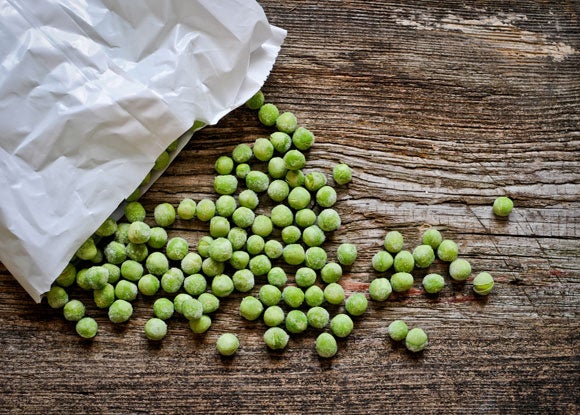 It can be discouraging to load up your refrigerator with vegetables when they seem to spoil faster than you can eat them. According to the USDA frozen vegetables are just as nutritious as fresh. Canned vegetables are also fine in a pinch, just make sure to buy low or reduced sodium. Or try using the National Resources Defense Council’s ‘guest-imator’ tool to estimate how much produce you need to buy to feed your family. It’s their effort to help reduce food waste in America. With a little bit of trial and error, shopping for fresh vegetables will become second-nature.

You don’t have to follow any strict formula, but as a general guideline, try to increase the size of your vegetable portion within foods by 50-100 percent. For example:

Already eating salads on the regular? Great. Now make them bigger. There’s no easier way to increase your vegetable intake. One-and-a-half cups of greens dressed up with some cherry tomatoes and shredded carrots counts as four servings of vegetables.

Single-serving packets of celery, carrot, and other vegetable “sticks,” sometimes packaged with low-fat dips, have become popular and widely available lately. They make for convenient and satisfying between-meal snacks. Replacing your current snacks with veggie packs is a very easy way to add veggies to your daily diet. 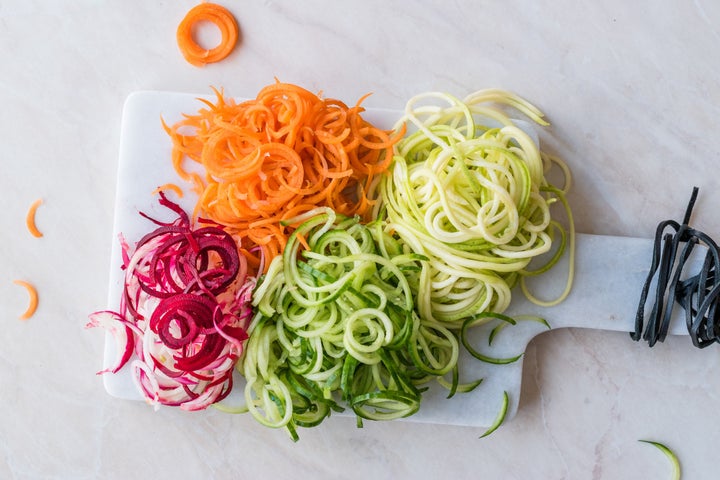 Not a huge salad fan? Spiralized vegetables are easy to make if you have the right gadgets and they are oh-so-whimisicle. (If you don’t have a spiralizer, a sharp knife or mandolin can get the job done). Use spiralized vegetables as a salad base instead of leafy greens or use them as ‘zoodles’ in a pasta dish. Beets, zucchini, carrots, cucumber, and sweet potatoes are all ideal candidates for this low-carb twist. 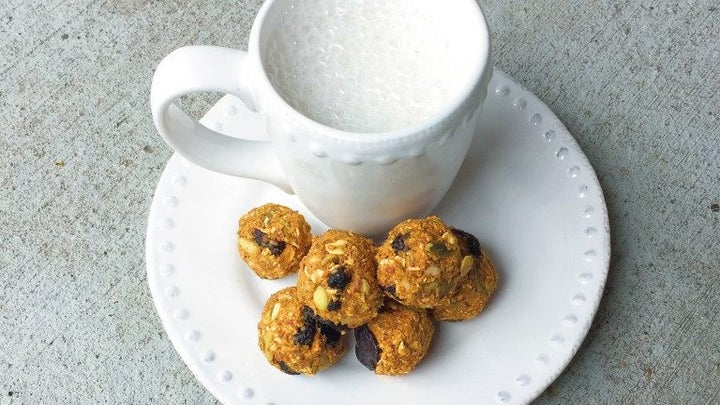 8. End the day with vegetables

If you love a sweet treat after dinner, there are several ways to think about incorporating vegetables in that way. Zucchini (leave the skin on for extra nutrients), carrots, and pumpkin, for example, go great in baked goods. Just know that you’d have to eat a lot to get a full serving of vegetables, so a zucchini muffin should be considered a bonus and not relied on as a meal replacement. An even healthier choice? Carrots or celery with some sweet and creamy nut butter.