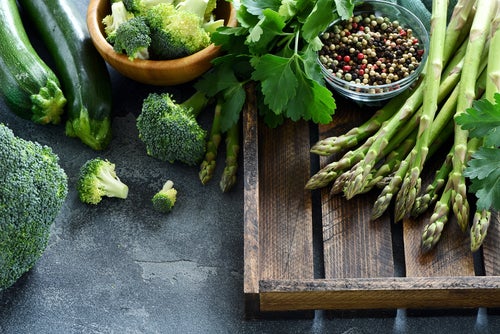 I expected to read a lot of nutrition labels, but I didn’t anticipate the guilt, explanations and planning it would take to go vegan.

A little background: I have taken on a personal challenge to go vegan for 50 days. My goal is to train for a marathon, run a marathon, recover from the race and compare how I feel during it all to how I have felt for all the marathons I’ve run as a meat-eating, dairy-loving machine. I am not in this to preach about the right or wrong way, but rather to see how I feel and try to make choices moving forward that make me feel and perform at my best.

I’ve officially been vegan for a week now. While I expected to learn a lot about new kinds of beans, read nutrition labels and stock my fridge full of vegetables, there were a few things that hardly crossed my mind:

Asking for a no-meat alternative is not such a big deal. But asking if the food was prepared with butter? Eggs? Milk? Try doing it at a friend’s house. Luckily, my friends are amazing and wonderful and totally in support of my diet experiment, but it didn’t stop me from feeling guilty. At a restaurant, you’re paying for food and for service. But when a friend invites you over for dinner? It doesn’t feel so great to say: “Yes, I’d love to come. But I am going to need to bring my own food or ask you to jump through about 80 hoops.” Or when my friend so kindly brought me coffee with milk in it. There was no way around refusing the gesture.

Everything has eggs or egg whites. EVERYTHING.

I went to the frozen food section and to the, what I’ll lovingly call, “fake meat section” to try to find some non-meat foods. There are tons! For vegetarians that is. So many of those foods have eggs or egg whites in them. Womp womp. When you’re looking specifically for vegan products, you’ll find one for every 20 vegetarian products. Non-dairy doesn’t mean vegan. Vegetarian doesn’t mean vegan. Lactose-free doesn’t mean vegan. These things actually mean contain eggs in some form: dried, powdered, partial egg or egg whites, lysozyme, mayonnaise, meringue, ovalbumin and surimi. I found two items to add to my basket.

All of my office snacking problems have—POOF—disappeared. Everything in this office has some kind of animal product in it, be it butter or eggs. Donuts, chips, baked goods, anything anyone makes at home to bring in—NOPE. You have to actively search to make sure an item is vegan. “Is there meat in this?” is a much easier question to ask people than “Is there anything that was at any point touching an animal in this ever?” You’d be surprised at how many people think things are vegan that aren’t. No meat, no milk, but what about gelatin, whey, lactic acid, casein or albumin? Veto. Also, because I’ve spent so much time reading nutrition labels, I am not binge eating snacks once I see they are vegan. After reading and seeing how much crap is in those chips, I am finding myself more inclined to eat a handful of them versus the whole bag.

Every night since I’ve gone vegan I’ve had a dream where I’ve eaten something that sabotages my vegan plans. A whole pizza? A burger? I am always eating it, lots of it, then I suddenly remember I am trying to be vegan. I’ve woken up in many induced panics. I am very excited for this to stop.

Related: How This Ultrarunner Fuels Her Body On Vegan Diet

Most wines and beers aren’t vegan. They are filtered through fish bladders or other kinds of animal products. So there is that. By the way, does anyone have a vegan wine they recommend? Asking for a friend.

It’s not optional, I absolutely have had to learn to cook. Otherwise I would starve to death. Vegan stuff just isn’t lying around like non-vegan stuff is. I have to be prepared. Also, to be vegan, I think you HAVE to have a working can opener. The whole cooking thing has been a major blessing. I’ve also learned that there are a TON of awesome foods out there that I never bothered to check out.

Everyone wants to tell you why they are not vegan.

I feel like I am masquerading as a vegan, in all honesty, because there is an end date to my vegan-ness. But still, even though I am not out preaching the benefits of veganism (which I haven’t even decided for myself yet) people want to debate about it. A lot of people feel the need to tell me why they aren’t vegan and why I shouldn’t be either.

Vegans and vegan companies are an awesome community.

Even if you’re not vegan, there are a lot of vegans out there who are just waiting for the chance to share recipes and healthy-eating advice. When I post a question for vegans, it’s like an alarm goes off and they all come to my rescue.

So one week in, how am I feeling? Like I want to eat a massive bacon, egg and cheese sandwich. (Shooting for transparency here).