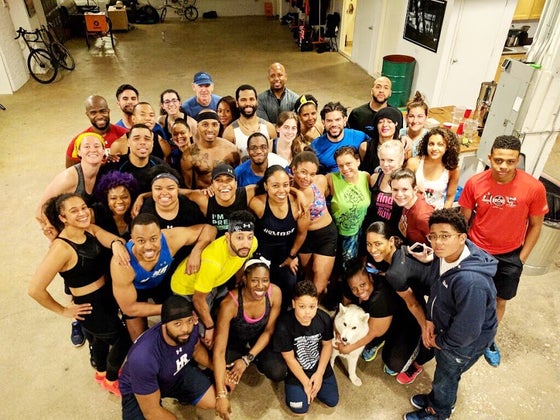 It has been a difficult week. I knew that I would be sad surrounding the first anniversary of my father’s death, but I didn’t expect the depression that settled in.

Over the past year, despite all of the amazing moments I’ve had, there’s been an underlying feeling in the pit of my stomach. This feeling has been there even through my happiest moments and has been a reminder that something is missing. Sometimes the feeling has manifested at the most incongruent moments—causing me to feel completely angry and disconnected when someone has shown compassion because “they couldn’t possibly understand” and it was just easier to be miserable than thankful.

RELATED: Running Through Grief And Toward Hope

With the start of this week, the feeling grew from a pit in my stomach to a much bigger and more overwhelming sense of anxiety. All of a sudden, tasks and chores that were otherwise no big deal to me became unbearable. I didn’t want to do anything at all and I didn’t want to talk about it either, because talking about it would make me feel like a fraud, I thought. When people ask “How are you?” is it really okay to tell the truth? Would anyone be able to understand that, while I was generally happy, there were lingering feelings of irritability, fatigue and hopelessness?

On my birthday, I arranged to do a HIIT class with my friends followed by dinner. Lucky for me, exercise and fitness has become a healthy coping mechanism. While I did not plan to take the HIIT class for that reason—to stave off the feelings of depression surrounding my birthday and father’s death—it certainly was a temporary fix. As I fumbled my way through the difficult class, I stopped focusing on my problems and more on the task at hand. And the more I focused, the less difficult the class started to feel and the more I started to feel other parts of myself come to the surface—confidence, warmth, excitement.

But the relief was temporary. The day after my birthday, things almost seemed worse. I was still feeling depressed and now I felt as if sharing my feelings would make me seem ungrateful. But they were there, nagging at me. So I suffered in silence, thinking that even sharing with my mother might trigger her as well. However, when I learned this weekend that Amy Bleuel, founder of Project Semicolon, had committed suicide, it seemed clear to me that I had to be more open again about my depression—not just after the fact, but also as I’m going through it. Social media has a tendency to make life look so perfect and enjoyable and even though we all know there is ALWAYS more to the story, we can nonetheless get caught up in a web of comparison leading to further distress.

RELATED: 5 Ways Running Can Help You Cope During Crazy Times

I know that I’ve been here before, so I also know that I will naturally find myself back in a happier place—but not without taking some sort of action. A friend told me about a yoga promotion for the month of April and the two of us signed up to do it together for accountability, my partner and I decided to make some much needed changes to our diet for the final two weeks leading up to Boston and I’m going to be more gentle with myself and allow myself to feel sadness and loss. If this registers with you, know that you’re not alone and try your best to make an action plan. In my experience, it is more difficult for me to be miserable when I push myself to do the things that I love. But if you need to wallow/ruminate for a while first, I get it. Just please don’t do it in silence.