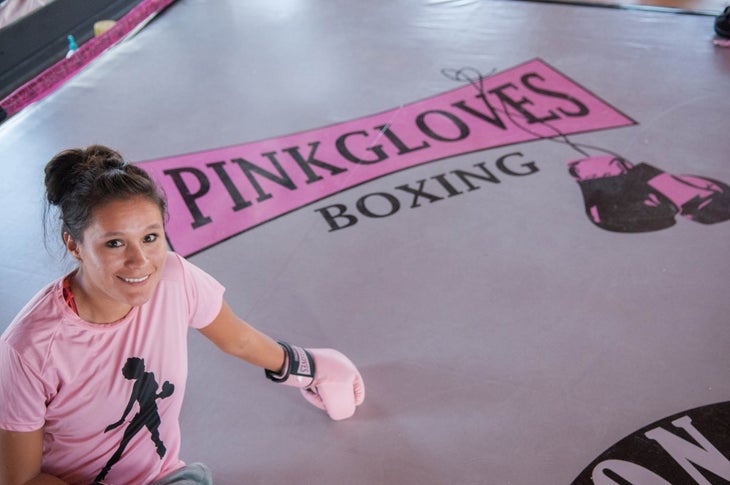 Imagine that you could change your physical appearance just by listening to music. A Bob Dylan song would tone your biceps, and Tina Turner’s high note would firm your thighs. Imagine that your body could get the R-E-S-P-E-C-T it deserves, thanks to the lyrical spelling prowess of Aretha Franklin. And what if you didn’t need to exercise or watch what you eat, but as long as you listened Alanis Morissette you could lie on the couch with a bag of potato chips and drop four inches off your waist (Ironic, dontcha think)?

Don’t you think if music had these effects, we would listen to it for all the wrong reasons? Because currently we use music to stay awake on a long car ride, to push through the last mile on our morning run, to dance with the one we love. We might listen to Taylor Swift while we work out, but we don’t think of listening to her music as a workout in itself. In this sense, we use music as more of a reward than a punishment; a way of finding a desired emotion.

When we need to celebrate an accomplishment at work or a victory on the playing field, it’s music that stomps our feet and pumps our fists in the air. At our lowest points in life, music helps us to find pleasure in the pain, beauty in the sorrow, and meaning in the suffering.

Why should we want music to shape our bodies when we already depend on it to shape our emotions? It would be great if we could have both, but what if by expecting music to change our image, we removed its ability to change our feelings? Would the gain be worth the loss?

The fitness industry seems to think so. So many fitness companies are advertising that their products will change the way you look. As if your looks need changing. They try to sell you an image. By showing you a picture of a photo-shopped model, they say, “Don’t you wish you looked like this? We can grant your wish.” Even the model wishes she had that body.

As much as we try to ignore these images, they are so different from how people actually look that we become self-conscious. The comparison kills our confidence. People walk into the gym and say, “I want to have a beach body.” But that’s not what they really want. That’s only what they think they want. What they really want is the feeling. They want the feeling they think they’ll have in the body they think they want. So I think that if they focus on the image, they may never find the feeling. But if instead they focus on the feeling, and through having fun while they work out—choosing the exercises that make them happy—they may end up in the body they want, or more importantly, they might just find that there is nothing wrong with the body they have.

Related: One Runner Learns To Love Her Body

It’s our choice. The way we view exercise is our choice. In my time as a fitness trainer, a college football player and a boxer, I’ve felt these pressures to fit in. I’ve struggled with my self-image, my self-esteem and the ability to be happy with myself. From time to time I still struggle, but by changing the way I look at exercise, I’ve found a way to deal with those struggles.

Fitness should be fun. You shouldn’t have to force yourself to workout. When Pink Gloves Boxing began, we didn’t know where we were going, but we had a clear vision: to help people find the feeling within the image, a vision that we call “revealing the champion.”

Where there’s already so much noise, we want to be music. Pink Gloves is a women’s fitness boxing program centered around fun, community and achievement. It’s a great workout and you burn a lot of calories, but it’s more about confidence and empowerment. Both men and women are forced to deal with these pressures, though I think it’s pretty apparent that more often than not, women have to deal with more pressure than men.

In Borlänge, Sweden, Malin Regnell was a girl who never exercised. “I was so afraid of being judged,” she said. She had never been inside a gym. For several months, she had never even left the house because she had severe anxiety and social phobia. “My feelings about myself were so bad, I started to harm myself, cutting into my wrists and legs.” Her twin sister had joined Pink Gloves and thought the program could help. Because she was with her sister, Malin agreed to try a class. “I remember the coach saying I was talented. And this was the first time in my entire life that I had ever heard somebody say that I was good at anything.” She felt the support. She felt the community. She finally discovered a positive environment where she wasn’t compared to anyone else—a place where she could just be herself.

Malin joined the club. She has since become an instructor for a group of at-risk teenagers. “Now I am the coach for an amazing group of girls, and I get to believe in them the way my coach believed in me.” And just recently, the health club where she trains participated in a community event and the girl who never used to leave the house demonstrated her boxing skills in front of 500 people. “I never compare myself with anyone anymore,” Malin says, “I am me.”

Malin didn’t want six-pack. She didn’t want a beach body. She just wanted to feel comfortable in her own skin. When cultural pressures cause us to view our bodies as objects, we begin to view exercise primarily as a way to change the appearance of our bodies, our objects. And this pressure can be so severe that we may give up on exercising, never start, or maybe never even leave the house.

Related: How One Olympian Made Her Way In A Guy’s Sport

According to the doctoral dissertation of Christy Greenleaf, “Women who internalize an observer’s view of their bodies and view their bodies as objects are less likely to be physically active.” But what if we changed the way we viewed exercise? What if we exercised for the same reasons that we listen to music—to shape our internal feelings instead of our external appearance? What if we could find a fitness routine that made us twist and shout like we do when we listen to The Beatles? What if going to the gym meant that we would feel the same emotions as when we listen to Led Zeppelin’s “Stairway to Heaven”?

You don’t have to be a woman to believe in women’s empowerment. I can see the inequality and the pressure, I can see how wrong that is, and I want to be a part of making it right. Where the fitness industry and the fashion industry are trying to make women’s bodies fit into their idea of perfect, I believe that FIT is a feeling, not an image.

Garret Garrels is a writer, speaker, poet, and raconteur. He is the founder of an international women’s empowerment movement called Pink Gloves Boxing, which operates in more than 30 locations across the United States, Sweden and Norway. Twice, Garret has finished in the semi-finals of the World Championship of Public Speaking, and in 2011, out of 35,000 contestants from 118 different countries, he finished in the top-18. He appears across the US and Europe as a humorous and inspirational speaker.

What Experts Say About Running After COVID-19