The year the first women’s running shoe was sold by Nike.

The percentage of the U.S. population that has high arches.

The percentage of the U.S. population that has flat feet. 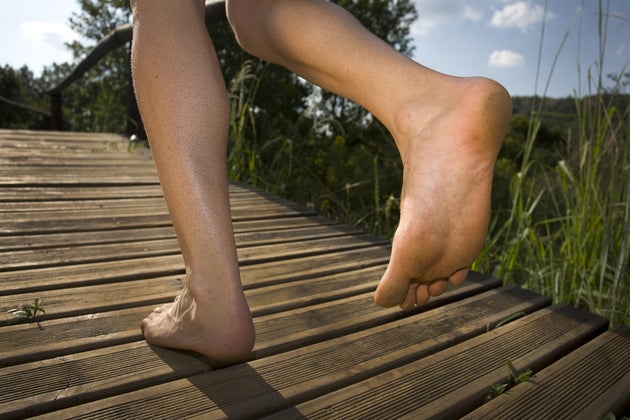 How long it will take to regrow a lost toenail.

The size range for women’s athletic shoes (in the U.S.).

We have roughly this many nerves in our feet.

The estimated percentage of the U.S. population with toenail fungus. Shoe sizes were first established this year by King Edward II of England. The diameter of one grain of barley (about a third of an inch) represented the difference between sizes.

The number of sweat glands in a pair of feet.

Shoes were first fashioned out of animal skins during the Ice Age.

The rate at which infants are born with polydactyly, meaning they have one or more extra toes or fingers.