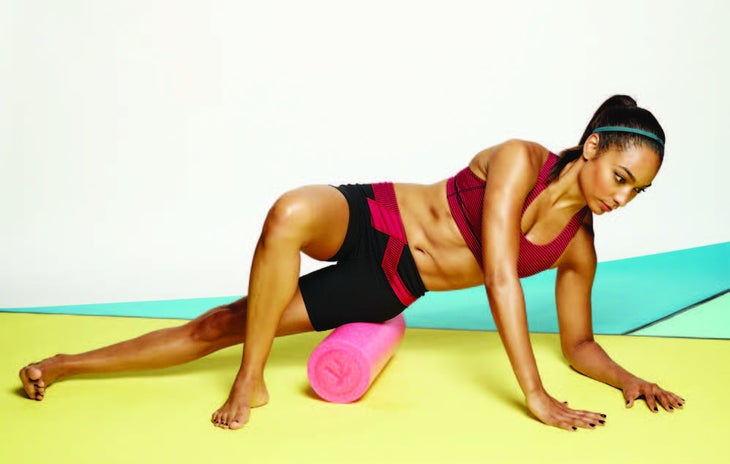 Have you ever devoted yourself whole-heartedly to a training program only to be, literally, stopped in your tracks by a nagging pain in your outer knee? Welcome to the world of iliotibial band syndrome (ITBS), where you have plenty of company. This pesky knee pain is one of the most common injuries runners deal with. It can squash your training efforts faster than Flo-Jo could burn up the track.

Thankfully, if tended to, it’s not something that’s going to derail your running career. When it comes to ITBS, knowledge is power; there are several preventative steps you can take to beat it to the punch as well as some rehab instruction if it takes the first swing. Strap on your learning helmets, it’s time to delve into everything you need to know about ITBS.

What Exactly is ITBS?

Iliotibial band syndrome generally introduces itself as pain on the outside of your knee where your IT band connects to your tibial bone. Although less common, ITBS can also cause pain on the outer hip. The IT band is a thick band of fascia (connective tissue) that runs the length of your outer leg. It aids in movement of the leg by acting as a connection point between several muscles of the hips and the tibial bone of your lower leg. If your body is a fine-tuned running machine, you may never experience any problems. However, several different culprits can cause your IT band to rub against the bony ridge on the lower, outside portion of your femur bone known as the lateral condyle. Once the band is irritated, every time you flex and extend your knee (like you do repeatedly during a run) the band moves back and forth over that ridge, rubbing against the bone. This repeated rubbing creates friction, leading to inflammation and mild to severe pain.

Related: How To Deal With IT Band Issues Before They Halt Your Running

There are several different factors that may contribute to ITBS and they can range from getting too carried away with your workouts to something as simple as the wrong shoe. Amanda Nielsen, physical therapist and avid runner, notes a couple physical issues that may be to blame including a weak core with muscle imbalances around the pelvis, hips and knees, or mal-alignment of the pelvis, hips, knees, ankles and feet. Poor running mechanics or neuromuscular control of your lower body are also possible culprits.

Aside from having your body turn against you, there are other possible causes to take into consideration. “Choosing shoes just because they’re cute or trendy is a bad move,” warns Nielsen. She recommends finding shoes that fit your body and your specific running needs. Escalating your training load by adding too much mileage at once or upping your speed too drastically can also lead to irritation in the IT band.

How Can I Prevent ITBS?

While there’s no guarantee you can outwit IT band issues your entire running career, there are several steps you can take and things you can avoid to minimize your risk of dealing with this nasty little nuisance. For ITBS prevention as well as a sound body in general (especially for women), Nielsen is a huge proponent of core strength: “Our power comes from our core and allows our limbs to move and function properly. If the core is weak, we start using compensation patterns. For example, your hips begin to act as mover AND stabilizer muscles — this leads to dysfunction junction!”

In addition to building a bullet proof core, adequate flexibility is another must, especially in the hip rotators, hip flexors, IT band, hamstrings, quads and calves. Stretching can be done prior to your run and could also be incorporated into your off days to minimize muscle shortening and tightening.

As far as your training goes, there are some triggers to avoid. Mix up your running terrain, alternating with pavement, dirt and track surfaces. Avoid running on sloped surfaces, which can put excessive strain on your outer leg and IT band. Nielsen also advises sticking to the 10 percent rule—never increase your weekly mileage by more than 10 percent of the previous week. She adds, “You should also follow the 10 percent rule when building up the length of your long runs. Make sure to have rest days built into your training schedule and avoid back-to-back days of hard work like long runs, hill repeats, races and speed work.”

Cross-training is another topic Nielsen advocates as it helps develop parts of the body neglected by running. Mix activities like swimming, biking, hiking, yoga or even Zumba into your routine to build a strong, vigorous, injury-free body.

What If I Develop ITBS?

If, despite your best efforts, you do find yourself hobbling down the road, half-way through a run, don’t have a total melt down. While some cases may be severe enough to warrant surgical intervention, most just need time and some training alterations. As soon as you develop ITBS, not matter the severity, it’s time to back off your training for a bit. Nielsen recommends the PRICE treatment; protect, rest, ice, compress and elevate (if swelling has occurred).

Give your knee a few days off, in some cases it may take as long as a week, and reevaluate your training program. Reduce your mileage and intensity until you are able to run pain-free. As soon as you feel irritation in your knee, stop running. Pushing yourself one more mile or a few more minutes is only going to exacerbate the problem and keep you out of the game longer. You should be able to gradually go for longer and longer runs before the pain strikes. Eventually, you’ll be back up to the same level you were pre-ITBS.

In the meantime, Nielsen proposes ample stretching of the lower extremities, particularly the IT band itself. “My favorite is the foam roller. It may be uncomfortable, but it’s the most effective way to get to the TFL/ITB complex.” She also recommends proximal hip strengthening, focusing on the abductors, extensors, adductors, hamstrings and deep hip rotator muscles. Core stabilization and balance training will round out a comprehensive rehab plan.

Sometimes, no matter how hard we try, we just can’t fix everything by ourselves. If you’ve been diligent with strengthening, stretching and icing but you still have persistent pain, it may be time to seek professional assistance. A physical therapist will be able to complete a thorough evaluation to determine the underlying cause of your symptoms.