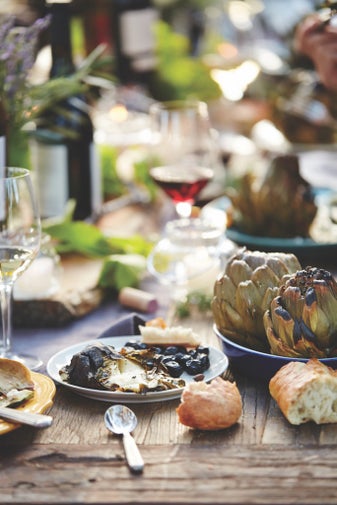 Elite Athletes Share The Endurance Diet From Around The World

In order to run faster, many runners test the same popular diets that non-runners follow in the pursuit of weight loss and overall health. Think: paleo, gluten-free or low-carb diets. But there is one group of runners that almost never tries such fads: elites.

Related: A Cookbook For Runners AND Their Kids

Recently, I spent 18 months studying the eating habits of professional endurance athletes all over the world for my new book The Endurance Diet: Discover the World’s Greatest Athletes’ 5 Core Habits to Look, Feel and Perform Better. I collected diet information from world-class racers representing 33 countries and 11 endurance disciplines. Almost without exception, these athletes avoided restrictive diets and instead ate what I would describe as a high-quality version of a culturally normal diet for their environment.

Everywhere from Canada to Kenya, the world-class performers I interacted with ate in a very balanced and inclusive way that did not forbid anything. In every case, their diet was based on natural, unprocessed food types (vegetables, fruit, whole grains, nuts and seeds, healthy oils, dairy, meat and seafood) and eschewed processed foods (refined grains, sweets, fried food and certain meats). And at the center of most meals was some type of high-quality carbohydrate-rich staple, such as brown rice or sweet potatoes.

Interestingly, historical data indicates that elite endurance athletes did not always follow this “endurance diet,” as I call it. Instead, it evolved over time as trial and error revealed which eating patterns best supported fitness and performance. Recent science suggests that the same endurance-diet habits that fuel elite athletes to victory also produce the best results for your average person. For example, one recent study found that recreational runners who ate carbohydrate in amounts similar to the pros for five weeks leading up to a marathon finished the race 13.4 percent faster, on average, than runners on low-carb diets.

Taken together, both scientific and real-world evidence suggest that runners looking to maximize their fitness should eat like the professionals.

3 Diet Tips (And A Recipe!) From An Elite Marathoner