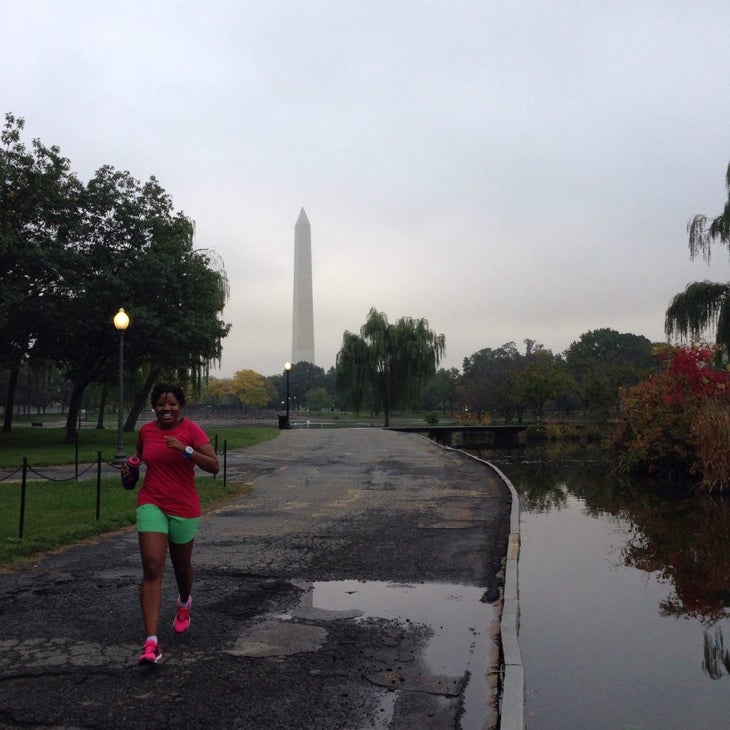 When I first started to run, I never thought about hydration and food. I just went out, ran for a few miles and called it a day. But as I started running longer distances, I realized that I needed to fuel those miles. I have tried a lot of different methods and now, two weeks out from my third marathon (eek!), I think I have a pretty good plan.

I’ve always had a hard time eating before a run, which can cause a problem when you’re out on the road for over three hours. I’ve done half of an english muffin with peanut butter, whole wheat bread with peanut butter and just plain peanut butter when I really couldn’t stomach food in the pre-dawn hours. That has typically worked well for me, but I decided to try something different during this marathon training cycle.

For all my long runs (runs of 14+ miles), I’ve had either a KIND bar, Picky bar, or a Larabar before my run. I usually can’t eat the whole bar beforehand. (I’m working on it!) I’ll eat as much as I can and have the rest immediately following my run. It’s been working really well. I don’t find myself getting hungry during runs, even during my 20 mile run.

Of course you have to fuel in the middle of long runs too. I’ve always been a fan of Clif’s Shot Bloks. I have always thought they were easy to eat and provided much needed energy during a run. However, I started to notice that during longer runs, I couldn’t stomach them. I knew I would need to try something different. I recalled back to my last marathon that there were apple slices at mile 25. Those apple slices tasted like manna from heaven. In the fall, apples are EVERYWHERE so I thought I’d try it out. For fuel during my runs, I’ve been slicing up an apple and eating the slices throughout the run. I was a bit suspicious that it would cause tummy trouble, but it’s been great. I just stick the apple slices in a baggie and eat on the run. No hunger, no stomach issues and I’ve never felt like I needed fuel. This has been my first time trying real food while running and it’s working for me. Real food certainly won’t work for everyone, but if you can’t do bloks and gu makes you gag (yep, that’s me!), then you may want to give it a try!