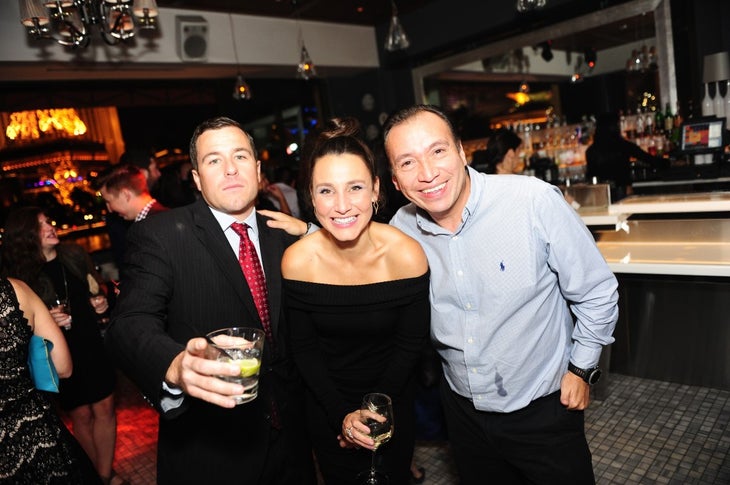 43: The number of days since I last had a drink.

Toward the end of last year I mentioned to my husband that I was going to try to cut back on alcohol for a bit. Having heard me say this before, he said, “Okay…” and nothing more. I knew he thought that my resolve to take a break was going to last just about as long as I believed I could last—not long.

After a particularly boozy night in late December I woke up with possibly the worst hangover I’ve had in recent memory. My kids were off from school for the day and I suggested that we all cuddle in bed and watch movies; a day squandered.

I enjoy drinking. I love dancing the night away and partying until the wee hours of the morning. When people are ready to call it a night, I’m the woman that’s sad the night is ending (even if that night should have ended hours before).

I have an addictive personality. When friends marvel at the fact that I’ve been consistently running marathons for the past 15 years, I feel a twinge of guilt. I know that it’s not because I’m stronger than them—or anyone else really—I just have found a way to channel my tendency toward addiction into something healthy. It’s why I work hard for what I want; I don’t know how not to. When I’m in, I’m all in.

When it comes to running, I have to make sure I’m keeping it at a healthy-for-me level. Evaluating the frequency, intensity and ultimately the why behind the mileage is important. Much like drinking, there have been years where I took it too far. (I’m looking at you, 2011—three marathons in five weeks, less than six months after having my third child was not moderation.)

I believe that many runners can identify with using running as a healthy replacement for other things. We’ve all heard stories of people addicted to drugs or alcohol who have turned their lives around and completed their first marathon or become a Ironman. It’s not out of the ordinary to replace one type of excess with another type of excess. 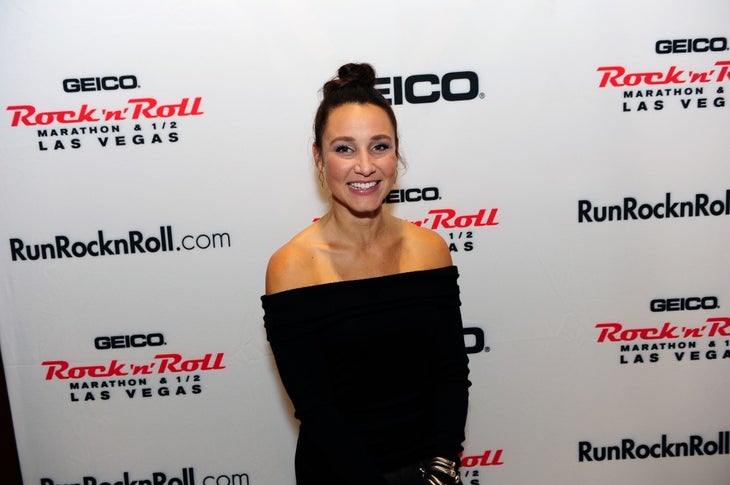 It was time to take a break.

When a friend mentioned #DryJanuary, it felt like the perfect time to use social media to encourage me. Dry January is a social movement that has gained traction over the past couple of years—you don’t drink for the month of January as a detox, of sorts. Some do it to lose weight, others do it as a way to rid their body of toxins, and still others are just trying to cut back after a month filled with holiday indulgence. Whatever your reason is, you have a community of others who are right there with you in the trenches, navigating social situations and finding ways to make it through the 30 days.

Dry January made it easy for me to explain to friends why I wasn’t drinking. I’d liken it to doing Whole 30 or some other challenge where you can blame the challenge for your lack of imbibing. Over the course of the forty plus days I’ve been alcohol free I’ve learned some hard truths about myself. It hasn’t been easy, but for completely different reasons than I thought it would be.

Giving up the alcohol, as it turned out, was not that hard. Once I told my friends what I was doing and committed to it, everyone was supportive (for the most part). When I wanted to drink on my husband’s birthday, he didn’t encourage me and even gently suggested that it was okay if I didn’t want to break my #DryJanuary. Had he encouraged me, I’m fairly certain that I would have quit on this self experiment.

What I wasn’t ready for and what ended up being the hardest part was the emotional aspect.

Instead of meeting up with friends to drink or reaching for a glass of wine at home when I was stressed, I journaled. Instead of relying on alcohol to keep a conversation going, I had to truly listen to what others were saying and ask questions back. I had to engage in deep—but sometimes difficult—conversations with family members instead of complaining about issues to my husband. I had to figure out who I was without alcohol—and if I even like her. Spoiler: I do.

For the past 40-plus days I’ve woken up clear headed. I’ve had no lost days where I feel too hungover or too crappy to truly invest myself in my work. I haven’t had to go on runs specifically in an effort to sweat it out. There’s been no sitting in the sauna in hopes that the alcohol in my system would seep out through my pores.

I have analyzed what my soul longs for. I’ve reflected on how to spend my days and what my purpose in this world is. It sounds dramatic, but when you suddenly have to sit with your emotions—literally and figuratively—it’s sort of like this, OH HELLO moment. I realized my drinking had become a way for me to avoid dealing with sadness, frustration and anger. When I didn’t have alcohol to distract myself from what I was going through, I was given a choice to either let those emotions break me or to allow them to help me grow. I’ve had to fully deal with anything that happens—both good and bad—instead of drinking to celebrate or drinking to escape. As a result, I’ve laid out life goals and mapped out how I want to get there.

Will I return to drinking at some point? Yes, but I will return more mindful. When I have my first drink it will be one that’s planned out. It will be when I’m not reaching for alcohol to numb myself or give myself a false boost of confidence. I’ve realized I am enough just as I am—no alcohol needed. If you don’t like me when you are sober or when I am sober, I probably don’t need you in my life.