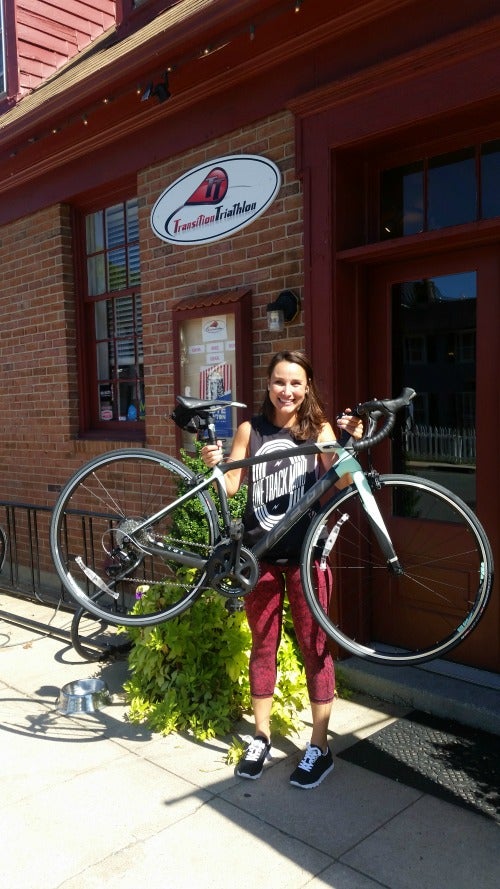 I have this goal—I want to be a runner for life. It’s not one of those fluff goals where you think, Oh wouldn’t it be nice if? I have a very real desire to make running a lifelong sport. You know that 80-year-old woman you see at your local race? I want to be her.

I ran my first marathon in 2003 and was instantly hooked (despite being the girl in high school who pretended to hyperventilate on the soccer field so I didn’t have to run laps with the rest of the team). I was the girl in college who would rather drink a 6-pack than work towards having a 6-pack.

My closest high school girlfriends will tell you I was the last person they would think to take up the sport of running. Running to the grocery store—that was more my speed. Running for fun? No way.

Yet here I am, 13 years and 31 marathons later, a running junkie. The way I get my fix is from long runs, races and mornings that I don’t want to drag myself out of bed but go pound the pavement anyways. I get high and happy from putting one foot in front of the other—both quickly and slowly—for long periods of time and short periods of time. It’s a fix that I don’t want to give up. Call it an addiction. Call it love. Call it whatever you want.

Over a year ago, out of nowhere, I started getting dizzy on runs. To say it was discouraging would be a vast understatement. Any runner who has been sidelined with an injury knows that despite your best efforts to have perspective, to focus on the real problems in life, it can literally feel like your life is over if you can’t run.

I threw a pity party for myself until I decided that it was doing nothing to help and everything to hurt. So I took up yoga, went to pilates classes, hiked a bit and got in the pool. What I learned in the process is that I love movement. Running is my thing, and yes, it’s likely always going to be my favorite thing, but it doesn’t mean I can’t or shouldn’t do other things.

The dizziness has mostly gone away, but my love of running as my favorite form of movement hasn’t. Yet ever since I started doing other forms of movement there has been a part of me that has grown to love running so much so, that I don’t want to burn myself out or wreck my body. I can run ALL THE MILES, but part of me thinks what works best for my body is not killing myself trying to run 70 or 80 miles a week. I think my personal key to the lasting relationship is to mix up my movements out of desire, not necessity.

With my goal in mind, and the key in hand, I decided that there was no time like the present to begin again.

Today marks the first day of my journey into triathlon, a sport that I’ve heard naturally makes you appreciate running even more.

I’m a runner girl who no longer has a one-track mind! Follow the ups and downs of my journey in to triathlon on Instagram at @mileposts!

These 6 Women Made Running a Priority—And You Can, Too