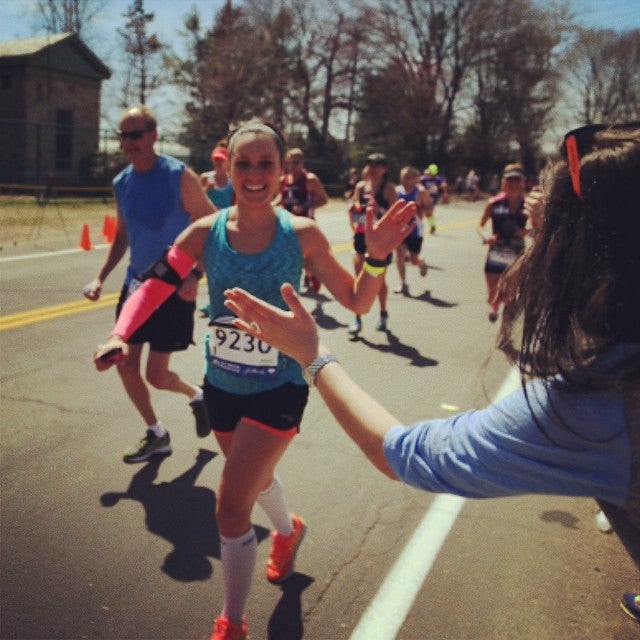 It’s almost the third Monday in April, which means it’s almost time for one of the most special sporting events in running— the Boston Marathon.

What makes Boston special in my eyes is the fact that you have to qualify to get in. All the times you have tried to qualify and have missed it, all the runs you went on when you were tired, all the countless long runs that go in to the 26.2 miles before you qualify— those are what make it special. It’s the journey of getting there, of failing and picking yourself up again to try once more, that makes the 26.2 from Hopkinton to Boston feel so special. If you are a newer runner who has hopes of one day qualifying, you may find yourself asking does running ever get easier?

Do I have a chance of running those 26.2 miles on Patriot’s Day if I work my tail off to get there?

The short answer is yes. Running does get easier, and yes, you do have a chance.

Like most supposed-to-be motivational phrases in sports, they help some while discouraging others.

One such phrase is, “It never get’s easier. You just get faster ” or some variation on that.

For years I fed into it. I believed that running was always going to be hard. While running is hard for me, even 29 marathons later, on some levels running does get easier. So if this phrase discourages you, take heart because you are not alone.

The pace that I once ran is now easy for me. So easy that I never run it. EVER.

The distance that I once found to be hard (two miles) is so short to me now that I don’t go out for a run and only complete that distance.

The distance I once found impossible, 26.2 miles, is now completely possible.

The motivation that was once hard to find is there every single day in some form.

The girl who once doubted herself now believes in herself.

The girl who once believed qualifying for Boston would be impossible has now run Boston Marathon three times.

Yes running is still hard but it has gotten easier on many levels. You may still find yourself in my old shoes, wondering if Boston is a race for someone else, but not for you. Don’t believe that lie that you are telling yourself.

You will get there. Yes you will. If you don’t – just like Dr. Seuss said – OH THE PLACES YOU’LL GO. I’d venture to say those are worth more than the destination.