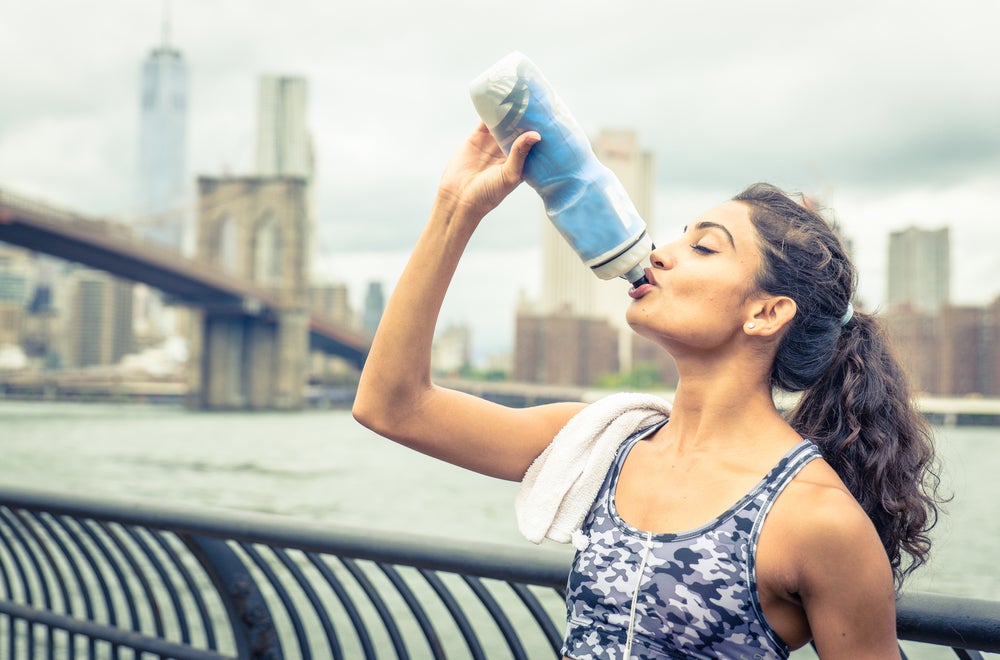 With so many different electrolyte products out there, how can an athlete decide?

Electrolyte products help replace what is lost in sweat, shares Katie Jeffrey, a registered and licensed dietitian nutritionist and the founder of FitNutrition, based in Mystic, Conn. But regular food can do that too, Jeffrey and registered dietitian Nancy Clark explain.

For example, a bagel with peanut butter has sodium, and endurance athletes may eat bananas or peanut butter and jelly, Clark shares. While she doesn’t rule out sports products, she says people may not realize that they can get electrolytes from food that isn’t necessarily marketed that way.

“People just need to be informed consumers,” adds Clark, who has a sports nutrition practice in the Boston area and is the author of Nancy Clark’s Sports Nutrition Guidebook. She offers some sodium levels in foods on her blog.

In addition to sodium, people lose potassium, calcium and magnesium in their sweat, Jeffrey shares. Water doesn’t cut it for athletes exercising in the heat or for longer than an hour, Jeffrey adds. Athletes can eat food for replenishment, but runners may choose to eat or drink a sports product because of how it settles.

“It just depends on the athlete’s tolerance level,” she explains.

Jeffrey shares that electrolyte tablets are generally higher in sodium than a drink like Gatorade or Powerade, and the tablets may be better for a heavy or salty sweater. She notes that Skratch Labs is an all-natural option—the product’s website offers an Exercise Hydration Mix for sale.

As far as Gu or gels, they generally aren’t as high in sodium, but they do help for prolonged exercise. Cyclists will sometimes use grapes, cherries or graham crackers with peanut butter to fuel.

There are various things that go into what works best for someone, including the intensity of exercise and what the person eats and has eaten pre-run, Clark explains. She adds that people can set up a meeting with a sports dietitian to get personalized input.

Clark notes that during exercise, the athlete’s body will have a higher salt concentration because more water than salt is lost. So, replenishing with too much water is a problem.

“If they crave salt, they probably need salt,” Clark explains.