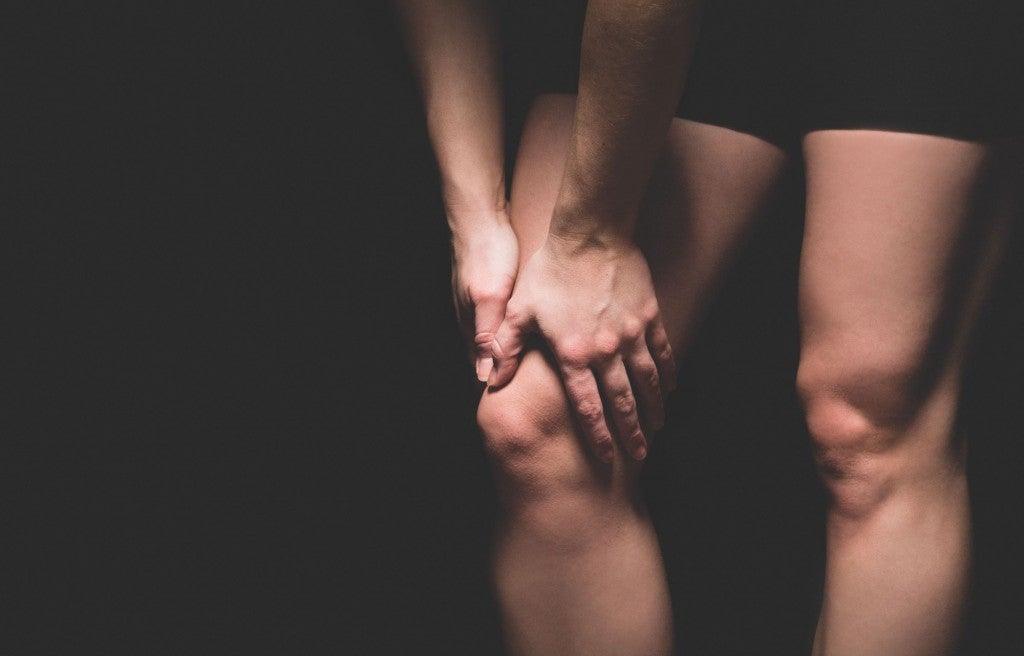 Knee pain is one of the most common runner complaints. However, the knee itself—a simple hinge joint designed to bend in one direction—is rarely the root of the issue.

Often dubbed the “middle child,” the knee has the misfortune of being stuck between two problematic siblings: the feet and hips. But the poor knee’s worries don’t stop there. Even an old shoulder or back injury can add to the knee’s stress, particularly when running is involved, says Rebecca Johnson, a physical therapist in the Chicago area.

Related: Runners, You Need To Do These 4 Exercises That Prevent Knee Pain

For this reason, it’s really important to look at how your entire body is moving. “If you have an overuse injury, you didn’t ‘hurt’ your knee—your knee is just a symptom that something is wrong,” she says. “Now we need to figure out how to unload the knee.”

Determining how to reduce the knee’s workload is a bit of a detective game. Typically, increased forces are due to an inefficient gait pattern, says Johnson.

You can observe a runner’s gait and notice any of these issues. The challenge lies in determining the “why.” For instance, a bouncy gait indicates a lack of efficient hip extension—which likely results in overuse of the quads, and underuse of glutes and hamstrings, Johnson says.

She seeks the answers to several questions during an assessment: Are a runner’s glutes and hamstrings weak, or is a joint limiting their function? Could dysfunction at her core be to blame for tight hip flexors and quads? Is an old ankle injury inhibiting her toe-off and thus preventing her from getting good hip extension? Is there a range-of-motion issue—related to restrictions in the nervous, skeletal, myofascial or visceral (organ) systems? Or does the runner just need some cues to help her change her gait? Johnson says all of these potential scenarios need to be considered when knee pain is a nagging complaint.

Johnson adds that rest is rarely an adequate solution for nagging knees. “If your car alignment is off, you don’t just park in the driveway, hoping that with a little rest it will run better the next day—you take it to your mechanic. The same goes for your own body. Treatment by a skilled physical therapist will keep you up and running, not stalled on the couch.”

Everything You Need To Know About Runner’s Knee

IT Band Syndrome Issues And How To Treat Them

How Runners Can Treat And Prevent Knee Arthritis

Everything You Need to Know About Runner’s Knee

The Editors of Women's Running
Training

Can I Run if My Knees are Popping?

How One Essential Stretch Can Improve Your Running