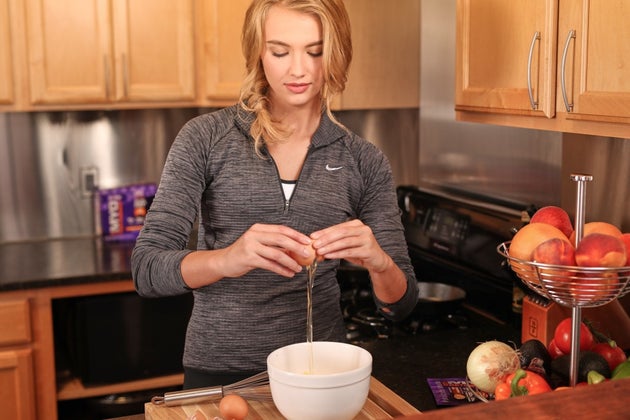 I just need to clear my mind. I want to be a better friend. Better wife. Better person. I want to be healthier. There are a million reasons we run, and if you asked us to list just one, we would be hard pressed. But when we run through the litany of “whys,” one particular reason tends to resonate with all of us. It has something to do with looking good in our jeans. But, somewhere along the road we lose our way. As we wrestle the need to balance time spent running with time spent eating, we turn to fast and filling food to curb our craving for energy. And as we grow into long distance runners, those long miles command servings upon servings of high-calorie sugar bombs to keep muscles stocked with glycogen to fend off the infamous “wall.”

But what if there was a different way? What if there was a way to run for hours without running on empty, avoiding a need to refuel every 45 minutes, and—perhaps even more importantly—nudge those stubborn fat stores to finally turn into fuel rather than weighing you down? Recent research and a new way of eating known as the ketogenic diet suggests there is.

Ketosis? Is that a new chew?

Your running buddies, family and even your doctor may already be talking about the ketogenic diet—a high-fat, moderate protein and very low-carb way of eating. While it’s been around for close to a century, the ketogenic diet is rapidly gaining a following in both athletic and medical settings, and is making its way to the top of Google’s most searched diet terms. Not that long ago, saying the word “ketosis” in conversation was only going to get you puzzled stares.

The keto diet relies on fat as fuel, requires enough protein to meet daily needs for health and activity, and severely limits carbohydrate intake. Typically, on a carb-based diet, carbohydrates are converted into glucose and used as a primary energy source during activity. Any glucose not used for energy is converted to glycogen and stored in the liver and muscles for future usage. When on a ketogenic diet, the goal is to transition into a glycogen-deprived state and, instead, burn fats for energy (through a process known as ketosis). By increasing your fat intake and restricting carbs to a minimum, you’ll shift to burning fat in the form of ketones rather than glycogen—and these ketones are a steady, slow burning and seemingly endless source of energy.

To successfully follow the diet and reap the benefits, approximately 70-75 percent of daily calories come from fat, 20 percent from protein and 5-10 percent of calories from carbohydrates. That means the less than 50 grams of carbs you will eat daily is a far cry from all the bagels, bananas and baked potatoes you may be used to. But as you adapt to fueling with eggs, avocados, nuts, coconut oil, and just a handful of berries and kale, you’ll shift from needing to grab a snack every few hours to quiet your cravings. Also, you’ll no longer need to carb-load before and during your long runs, and your appetite will decrease significantly.

While the benefits of a carefully crafted keto diet are compelling, the diet requires work and isn’t for everyone. Given that most of us runners are baptized on an all-day diet of everything carb and a fear of high-fat foods, this way of eating is a complete paradigm shift that requires potentially unfamiliar foods, a new way of meal prep and the need to incorporate—rather than avoid—fat and oils at all meals. 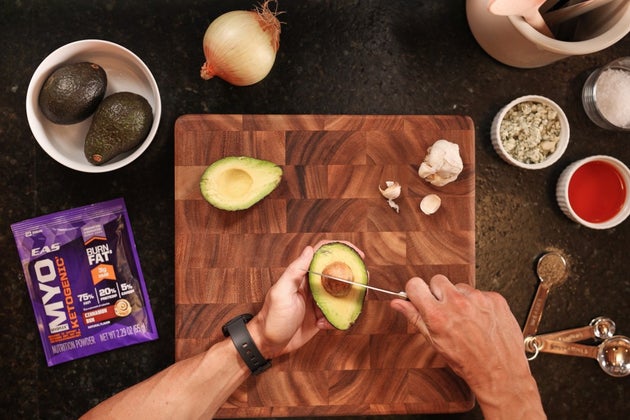 Adjusting to the Ketogenic Diet.

When adjusting to the diet (it can take about 3 to 5 weeks to adapt), many athletes report reduced energy and mental function, increased hunger as the stomach adjusts to smaller, more calorically dense portions, digestive discomfort and decreased exercise performance. These side effects fade but to combat this, some runners ease into the ketogenic diet by reducing their overall carb intake over a few days. Others (myself included) report that many of these side effects stem from dehydration. Simply drinking water alone will not fully replace the water you’ve lost since absorption is limited without the aid of electrolytes. By adding in higher levels sodium, potassium and magnesium, you will be better hydrated.

On the upside, because you’ll be running off a steady stream of endogenous energy, gone are the long runs that require stashing gels and chews every few miles so you don’t bonk. And for those runners with a sensitive stomach, there’s no longer a need to fuel with sugary gut-wrenching fuel that sometimes derails a race. The diet also tends to cause weight loss based on multiple factors. Keto runners report they are rarely hungry and instead stay satiated most of the day—thanks to fat’s staying power and the fact that ketosis leads to a reduction in appetite. This way of eating helps control two key hormones—ghrelin and leptin – responsible for regulating the stomach-brain connection which signals hunger or fullness.

Dave Scott, a six-time IRONMAN® world champion and a big proponent of the ketogenic diet who shares tips here, reports, “As I’ve become keto adapted, I’ve noticed that my hunger signals are more in check, likely as a result of no longer having the insulin surges that follow a carbohydrate-rich meal or snack. I feel that I have a better pulse on when I’m really hungry compared to my previous way of eating in which I always felt hungry and my satiety signal was never really, well, satisfied.”

An ability to regulate hunger signals, stay fuller and rely on fat stores to power a run that usually leads to beneficial weight loss? These benefits often make the shift to a keto diet well worth it.

About the Author: Pam Nisevich Bede, RD is a registered dietician for EAS Sports Nutrition.