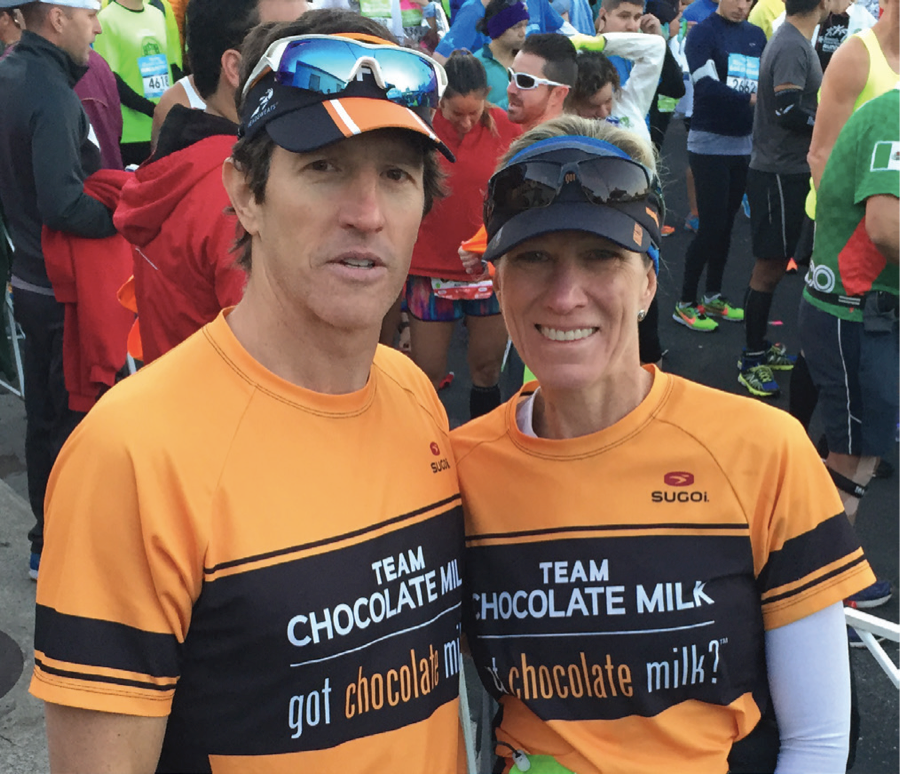 When Julia Kadison was in her late 40s—four years ago—she realized she needed to do something more for her health. She had long been moderately active, doing aerobics and running a couple of miles at a time, but Kadison decided it was time to crank it up a notch.

“Your fitness as you go into your 50s has a huge impact on how you age,” she says. “I went from being a gym rat to being an athlete.”

Now the chief  executive officer of the Milk Processor Education Program (MilkPEP aka an organization that popularized “Got Milk?”) is an avid runner and triathlete. Kadison credits three factors for this transformation: connecting her personal and professional lives, continuing to set goals and putting her health first.

In 2012, Washington, D.C.–based Kadison was in charge of marketing for MilkPEP. At the time, chocolate milk wasn’t a focus for the program— but Kadison saw an opportunity thanks to research that the sweet stuff is a good recovery fuel for athletes. This focus sparked the Built With Chocolate Milk campaign, which targets active people looking to refuel with protein and carbohydrates after a tough workout.

As a result of her work, you’ve likely seen chocolate milk at half-marathon and marathon finish lines around the country. You might have even tried the sweet treat yourself after a tough long run.

It’s Kadison’s love of running and triathlon that brings a true synergy between her personal and work lives. “I was just absolutely addicted after my first race,” she says.

Because of sponsorships with the Rock ‘n’ Roll Marathon Series, Ironman and the Challenged  Athletes Foundation, Kadison is often around people who inspire her by working through their personal setbacks to be the best they can.

Kadison herself has been just as much a convert as the general public to the benefits of chocolate milk—she admits that she didn’t drink much of the brown stuff before working for MilkPEP. “I spent my whole life recovering with water,” she says, explaining that other protein-loaded products can be too heavy for her. She also doesn’t eat red meat, so she relies on dairy for protein.

As she travels the country to different races, she talks to runners who are dubious about the beverage: “There are a lot of skeptics out there.” The reason why chocolate milk gained traction in the first place (before it was on Kadison’s radar) is that it boasts a three-to-one ratio of carbs to protein. Studies show this nutritional mix is optimal for refueling after a sweat session. The drink also includes the benefit of built-in hydration.

Whether Kadison’s success with racing comes from the running, cycling and swimming or from the dairy in her diet, she says, “I’m more fit now than I’ve been in my entire life.” After four years of racing, she recently finished her 10th half marathon and has a personal record of 1:55. “My goal is to break 1:50 for 2016,” she says, adding  she wants to do 16 races this year.

To make fitness a family affair, Kadison trains and races with her husband. They often run around Capitol Hill and along the National Mall, the C&O Canal and Rock Creek Park. They also retreat to upstate New York on the regular to get in some cow-country workouts. Together they’ve made a lifetime commitment to fitness.

Read More:
This Recipe Is A Must-Try For Your Post-Run Chocolate Milk
Which Milk Is Right For You?

In a Strange Year, Allie Ostrander Expands Her Reach