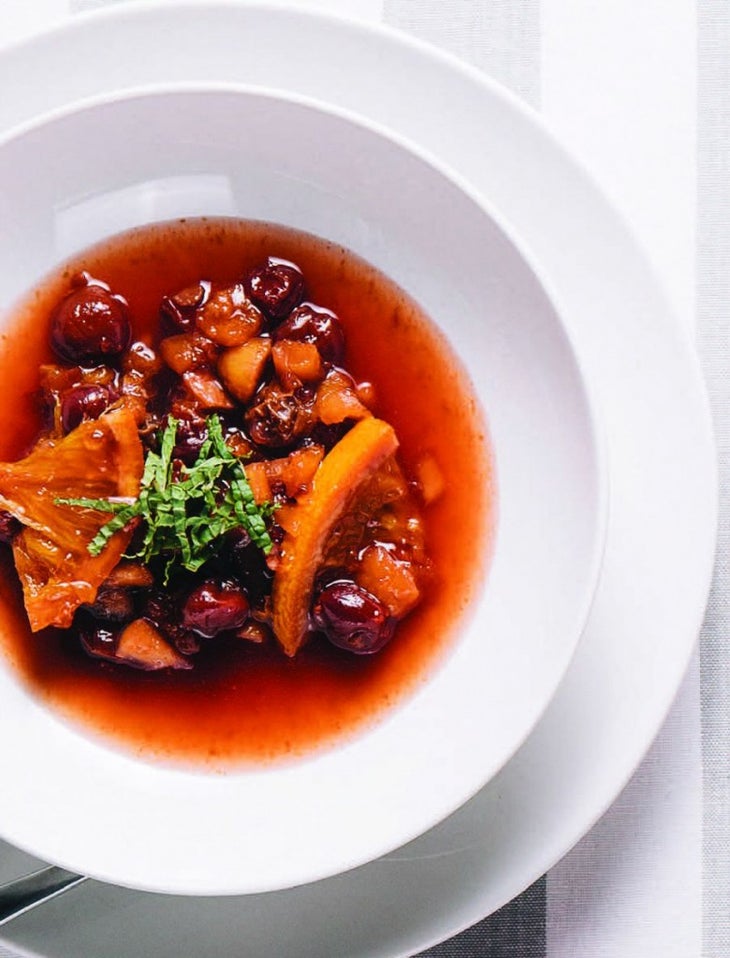 Want to add a surprisingly perfect snack to your post-run routine? Dip into an ice-cold bowl of soup. This refreshing recipe includes nutritious ingredients, like berries, so you can refuel with a spoon.

Traditional Scandinavian fruit soup starts with dried fruits, which thicken and develop flavor as they simmer with a cinnamon stick. This version—more of a compote than a true soup—is built from two powerful antioxidants: dried tart cherries and pomegranate juice. The whole oranges also contain bioflavonoids (an anti-inflammatory), while tapioca adds carbs. Enjoy hot if you like.

Place apricots, cherries, raisins, cinnamon stick, pomegranate juice, apple juice and water in a saucepan. Bring to a boil, and then reduce the heat. Simmer for 30 minutes, uncovered.

Remove the pot from heat, cover and let cool for 30 minutes. Pour into a bowl, cover, and chill in the refrigerator for at least 2 hours or overnight.

Just before serving, remove cinnamon stick and stir in lemon juice to brighten the flavors. Add a bit more water as needed to thin the soup.

Love this recipe? Try one of these!

This Soup Could Rehydrate You Post-Run