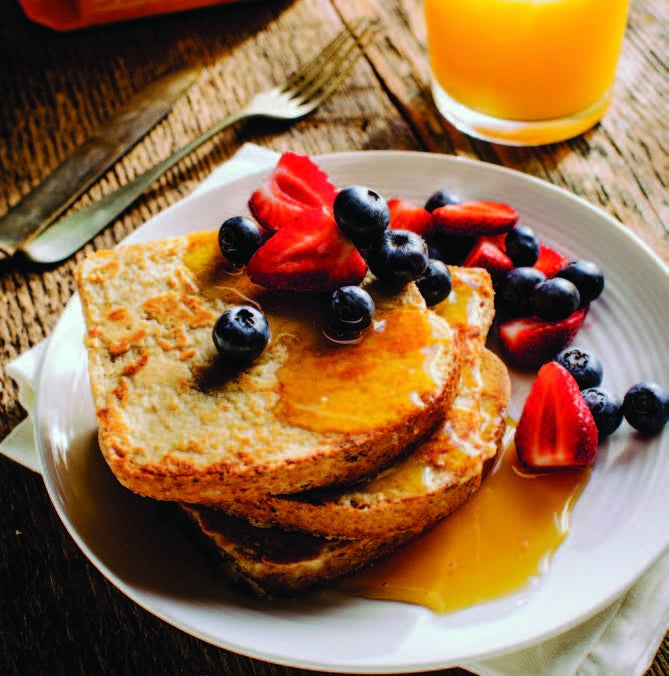 This meal from the Thrive Energy Cookbook by champion ultrarunner Brendan Brazier is a perfect transition to the world of animal-free eating.

Don’t be scared off by the long list of ingredients. The flavor makes it all worthwhile.

In a blender, combine cashews, water, almond milk, vanilla, cinnamon, nutmeg and salt. Blend until smooth. Transfer to a bowl. Heat griddle to medium. Brush with coconut oil. Dip both sides of the bread into the cashew mixture. Cook on each side until golden brown. Top with coconut cream, fresh berries and a drizzle of maple syrup.

Could the Pain in Your Heel Be Neurogenic Plantar Fasciitis?

Should You Drink Coffee Before or After Your Run?