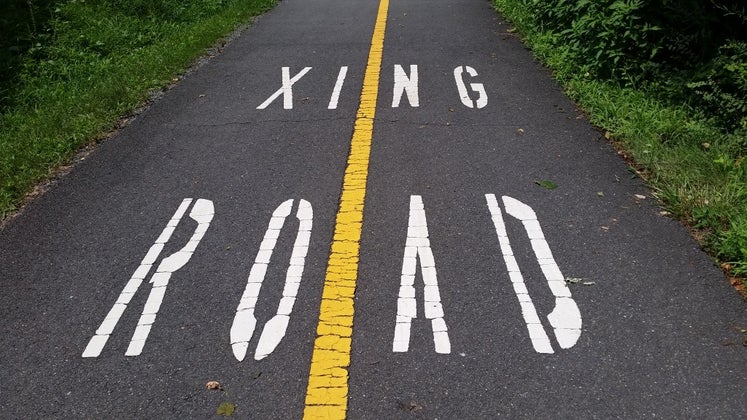 I’ve written a fair amount about staying safe while out running. It’s a topic that has stayed important as female runners continue to be the victims of attacks on a far too frequent basis.

No one deserves to be attacked while running, no matter what they wore, the time of day they ran or the actions they took before or during the run. This doesn’t mean, however, that we can’t as runners think before we run and make sensible decisions to protect ourselves.

Let someone know you are running and when roughly to expect you back.

It’s a pain to tell someone that you are going running and how long you will likely be gone for, but what if that simple act of texting a friend and saying—Hey, I’m going running and if I don’t text you in an hour, start to worry—was the difference between life and death? I hate to sound dramatic, but sometimes it’s the little things that turn out to be the most important. Sadly this isn’t going to prevent something from happening on your run, but it could make a difference in how quickly the authorities possibly find you and bring you to safety.

RELATED: 5 Safety Questions Every Runner Should Ask Before a Run

I started the hashtag #iranitfortheinsta as a loving joke about those runs that we push a bit harder or go off the beaten path simply because we can’t wait to post a picture on Instagram. So trust me, I get it that you want to share your run on your favorite social media platform. Maybe you tell people where you ran, how far you ran, what your pace was. Maybe in the comments someone you don’t know asks you about the route you take because they want to run that route, too. While it seems that most runners are victims of crimes of opportunity, don’t put it past someone to pose as a nice person online but really be stalking where you live and run. Anyone with a bit of internet savvy can find out where you live. Don’t believe me? To prove to an online friend that it was really easy for me to find where she lived, I did just that. In ten minutes I found where she lived including how much she had purchased her house for. Once I had her address I was able to use Google Maps to zoom in on her house and see what it looked like. It was then easy to use Google Maps to see where she could go running near where she lived. I then used pictures posted on social media to compare to make sure I had guessed some of the routes correctly. That sounds creepy right? It is! Think before you post.

If you have a gut feeling, go with it.
A couple of times recently when my alarm went off at o’dark thirty there has been this nagging head in my voice that says, Don’t run, it doesn’t feel safe today. Whether it’s the voice of laziness and wanting to sleep in, I don’t know. I’m trusting it because I would regret it for the rest of my life if I was attacked on a run where I had a feeling beforehand telling me to not run in the dark today. You can have gut feelings about any number of things—like the time I said sorry I’m not stopping to someone who could have been harmless. We need to learn to trust our feelings on runs.

Bring your phone.
I love running free; free from phones and water bottles, ID bracelets and headlamps. I want to put on a pair of running shoes and go as far and as fast as my legs will take me. Unfortunately, it seems that we live in time where that isn’t always a reality. If you only bring one thing on your run, make that your phone. You never know when you will need it to help keep you safe.

Consider carefully if music a wise choice.
Music is great. It helps you run faster, feel better, and makes time pass quickly on runs you would rather were over sooner rather than later. If, however, you are running in the dark in the morning or at night, it’s not a good idea. End of story. Your ears are even more important when the darkness takes away the gift of sight. Your senses need to be working together, tuned in to what is happening around you. On a run the other day I heard a rustling, the hair on my arms rose, and I immediately started running scenarios through my head of how I was going to get away. It turns out it was a skunk, tail high—which meant that I hightailed it out of there. I’m thankful it was only a skunk and not an attacker. My ears knew something was up before my eyes saw it.

Don’t be a predictable target.
I think this is one of the most important safety tips to remember. Don’t run the same 6 miles, on the same trail, at the same time of day, every day of the week. While someone may not be stalking you online, they may be following you in real life. I decide the morning of my run where I will run that day; I don’t have planned out routes. If I don’t know where I am going to run that day until right before I leave, then someone else isn’t going to know either.

As I mentioned before, it’s more often than not that female runners are the victims of crimes of opportunity. Don’t give someone the opportunity. Make sure you are smart about your runs and the choices you make before, during and after. No run is worth your life.