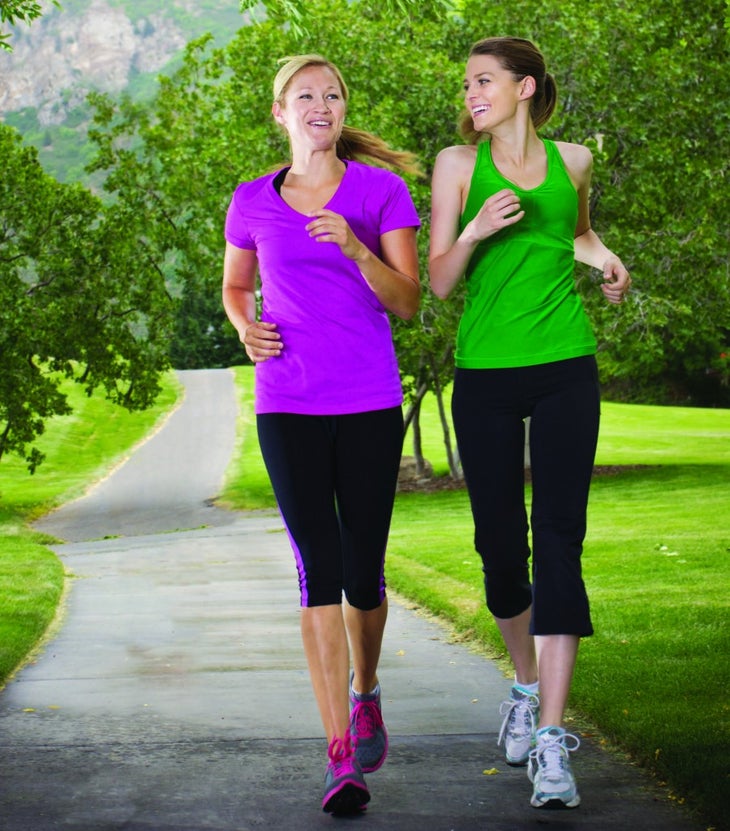 Buddy Up!
In the 2014 Women’s National Runner Survey, 34 percent said having a running buddy would make them more likely to get their sweat on. So ask your mother, daughter, sister, niece, co-worker, neighbor, stranger—you get the idea—to join you for a run this week. It could make all the difference!

Trust your intuition.
New research from Denmark finds that women are 18.69 percent better at race-day pacing than men. The report examined nearly 2 million marathon times and found that guys are significantly more likely to go out hard and hit the wall. Have faith in yourself! The odds are in your favor: Start out at a controlled effort—and chick some dudes at the finish.

Just add water.
According to a new report, 50 percent of Americans are half-hearted about hydrating, drinking as little as four glasses of water a day. Another study showed mild dehydration in women resulted in “degraded mood, increased perception of task difficulty, lower concentration and headache.” So, what are you waiting for? Go fill up your water bottle!

An Ounce a Day…
…keeps the rays away! According to a Consumer Reports study, a good chunk of the population uses only half the recommended dose of sunscreen. Slather one full ounce—or two tablespoons—of the SPF goop on your face and body for an adequate shield against springtime sunshine.