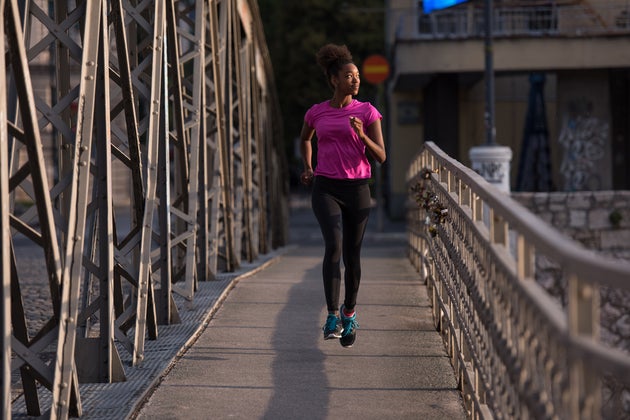 I’m always surprised by friends who wake up at the crack of dawn to go on a run or head to the gym. It just doesn’t make sense. How do they get up that early? Why would they want to? I’ll take my mediocre body in exchange for a couple extra hours of sleep any day.

Recently, we not only found out what time of day is the most popular to exercise, but also  uncovered some quirky insights about people who work out at different times of the day. Oddly enough, we noticed significant differences between folks who exercise just a few hours apart. Some may seem obvious, and some you would never guess.

Let’s start with these crazy early-risers.

When People Exercise on Weekdays:

When People Exercise on Weekends:

Excluding those who don’t have a preference for when they work out, or don’t work out at all, the next most popular answer seems to by the early morning. AKA before 8am.

This differs slightly on the weekends, where late morning seems to take the sugarless, carbohydrate-free cake. Though there are some differences between those who work out in the early hours on weekends and weekdays, similar trends hold true throughout.

2) Show me the money. Early morning workout enthusiasts are more likely to earn over $100k a year.

3) Despite their high earnings, or perhaps because of it, they are more likely to save their money diligently. Some may say cheapskates; some may say smart. Potato or Potato?

4) They’re good people. We found that they’re more likely to volunteer at least once a month. Given their presumably enormous muscles from all that exercise, they could really do some good taking care of the heavy lifting for charities.

5) When they’re not volunteering, they’re giving. They are more likely to donate to educational and cultural charities.

6) They would absolutely love to work out in virtual reality. Well, that may not exactly be true, but they are more likely than other groups to own or want a Virtual Reality (VR) Product. Is there a way to work out virtually and have the results transferred to my body? Could this be the best idea of the 21st Century? You’re welcome.

7) If food isn’t organic, is it really food? That’s the question these folks want to know. They are more likely than all other groups to buy organic.

8) They’re artsy. This group is more likely to actively use Pinterest. If you take a look at the website’s health and fitness boards, it all starts to make sense.

9) This group is more likely to be fans of TV documentaries. So, gyms will want to be sure they have channels with TV docs available for these consistent fitness enthusiasts.

10) They move and they shake – literally and metaphorically. This group is more likely than others to try new products before other people do. If gyms are hoping to roll out a new product or service, they want to start with these early morning-risers. Gyms may also want to offer new and experimental classes early in the morning if they hope to drive high numbers of attendees.

11) They’re cowboys? People who work out before 8am on the weekends are more likely to live in the Midwest. Maybe those stereotypes about waking up to the roosters are true. If I had a rooster, would I wake up early, too? That might have rhymed – but I’m not mad about it.

12) This group is more likely to regularly search for recipes online. A huge part of staying healthy is being intentional about what you eat, and therefore many health enthusiasts cook for themselves. So, this make sense. In addition….

13) …When they’re shopping for the food to make the latest recipes, they don’t really care how much it costs. This could have to do with their higher income.

14) They love music. Only 2% answered that they aren’t interested in music, while 20% say it’s a passion of theirs. What music, you ask?

15) Country, of course! 36% of the early morning fitness fans prefer country music. 27% prefer R&B and 21% prefer Rock or Classic Rock. So, in the wee hours of the morning, this music may help get people ready for the day ahead.