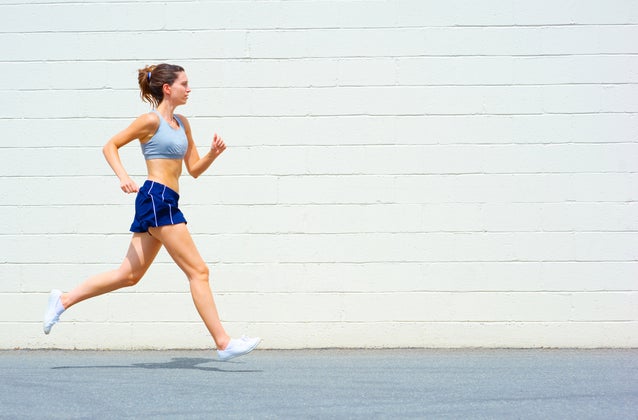 For what seemed like the longest time, I basically refused to wear running shorts with built-in underwear. Then I realized I was cutting off about 90 percent of the options out there.

I avoided them for a number of reasons. It seemed weird to have underwear built into any sort of pants, shorts included. I didn’t have any issues wearing cotton panties while running. I’d have to take off my normal underwear to put on the shorts—an additional step when I’m feeling particularly lazy. And during certain times of my cycle, I need a thin pad for extra protection.

Much to my surprise, when I started running in shorts with built-in briefs, I absolutely loved them.

Here are some reasons why:

Because the underwear is built into the shorts, there’s practically no way they can ride up unless the shorts don’t fit right. That’s amazing for all the runners out there used to pulling their underwear down mid-run at the risk of embarrassment to all the nearby runners, bikers and motorists.

I ended my runs in cotton panties feeling soaked to the bone in the nether regions. Not anymore. The built-in underwear in shorts is made from the same moisture-wicking fabric as all my other running clothes, making me feel cooler and drier throughout the entire run.

Because the built-in underwear is thinner and moisture-wicking, it simply breathes better. You feel cool and free the entire time. Let’s be honest—the slight breeze just feels nice down there.

One Less Layer In The Heat:

The first couple of times I ran in shorts with built-in underwear, I actually wore my cotton panties underneath. It wasn’t super hot yet, and I was still worried about how the shorts would work. As it got more hot and humid, that quickly went out the door. Because the built-ins are so thin, it feels like one less layer in the heat, even though you’re not going commando or anything crazy.

No more worries about rubbing and chafing—it just doesn’t seem to happen with built-in underwear. I never had problems with cotton panties in the first place, but I know a lot of runners have tons of chafing problems. This style of short will put your rubbing concerns at ease.