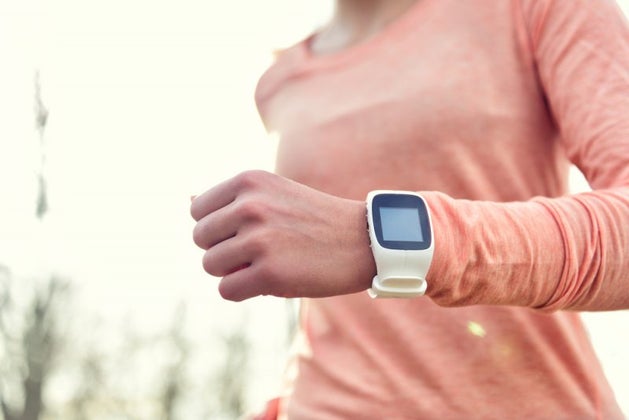 “In this randomized trial that included 470 young adults, weight loss was significantly less (by 2.4 kg) in response to a behavioral intervention when a wearable device that monitored and provided feedback on physical activity was included within the intervention.”

Researchers expressed surprise at their findings, claiming they expected that the tracker devices would be an aid, not an impediment, to weight loss goals during the two-year study period.

One component of the surprising result could be related to a dynamic that some runners have encountered during training, particularly when following demanding workout schedules like marathon programs. The so-called “train gain” effect occurs when the strain of workouts leads to overeating, rewarding yourself with food or stress-induced changes to metabolism. It’s possible that the  subjects who wore the fitness trackers were more aware of the intensity of their efforts, and therefore more likely to eat too much.